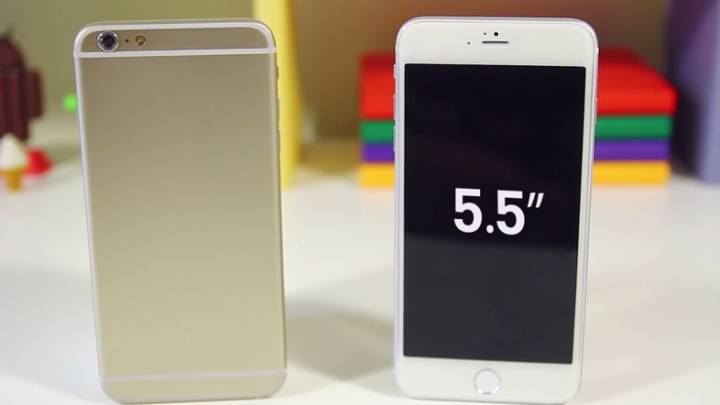 Apple is widely expected to a release a 5.5-inch version of its new iPhone fairly shortly after it releases the 4.7-inch version and it looks like the bigger version of the device might come with superior hardware as well.

FROM EARLIER: Here’s why you won’t be able to buy a 5.5-inch iPhone 6 in September.

AppleInsider directs our attention to a new research note from Cowen & Co. analyst Timothy Arcuri, whose supply chain sources say that Apple is planning to give a 5.5-inch iPhone a more powerful processor than the one used in the 4.7-inch iPhone 6, although he doesn’t give any details about just how more powerful this new processor will supposedly be. AppleInsider notes that this wouldn’t be unprecedented since Apple last year gave the iPad Air a faster processor than the one used in the Retina-equipped iPad mini.

Acuri’s note also claims that the 5.5-inch iPhone’s processor will feature a larger die, which “might be a sign that the 5.5-inch model will feature additional on-die silicon, such as a larger array of graphics processing cores” or “might suggest that Apple will make the two chips — believed to be the ‘A8’ — in different fabrication plants using different processes,” AppleInsider writes.

Either way, equipping the bigger iPhone with a faster processor would signal that Apple wants to significantly differentiate its 5.5-inch iPhone from its 4.7-inch iPhone in more ways than just size.