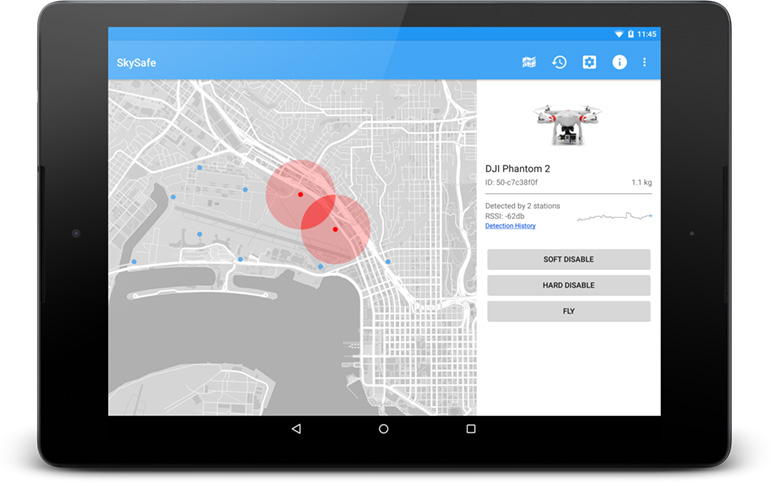 As drones grow more and more popular, so too do anti-drone security solutions that look to protect users from the influx of airborne pests. Of course, the term “drone” has been extended to include a wide range of unmanned quadcopters that have proliferated in recent years. While these inexpensive toys can be a nuisance, they’re not exactly candidates for the new breed of sophisticated anti-drone solutions that defense companies are currently developing. Drones pose a more serious threat to governments, militaries and other groups that have defend against unmanned spy craft, but other safety officials have cause to defend against less complex drones as well.

We’ve covered a number of anti-drone solutions on the site before, but a new one currently in development could be one of the most promising solutions yet in some instances.

Last month, we covered two emerging anti-drone technologies that could become crucial tools for governments, military and more. One was an anti-drone laser that literally fries the airborne craft mid-flight, but this solution is expensive and very large. The second is a far more portable solution, an anti-drone rifle that knocks drones out of the sky without ever firing a bullet, but it’s also quite expensive.

Now, a company called SkySafe is developing a solution that is similar to the anti-drone rifle, but seemingly more versatile. The company’s tool uses radio waves to knock a drone out of the sky in an instant just like the rifle, but it can also override a drone’s remote and take control of the airborne craft.

San Diego-based SkySafe was founded by researchers from MIT, UC San Diego and the Air Force, and it claims its goal is to “build safe, secure airspaces as a new wild west of drone development and innovation emerges.” The company’s solution doesn’t target more complex drones that the military is currently up against — in other words, it can’t fight “real drones” — but it will work with a wide range of radio controlled quadcopters.

SkySafe says it is targeting “qualified public safety customers,” and it notes that its solution does not rely on radio jamming, which could obviously be an issue with the Federal Communications Commission. The company is currently testing its solution with a range of partners and it expects to launch in the second half of 2016.

A short video of SkySafe in action is embedded below.