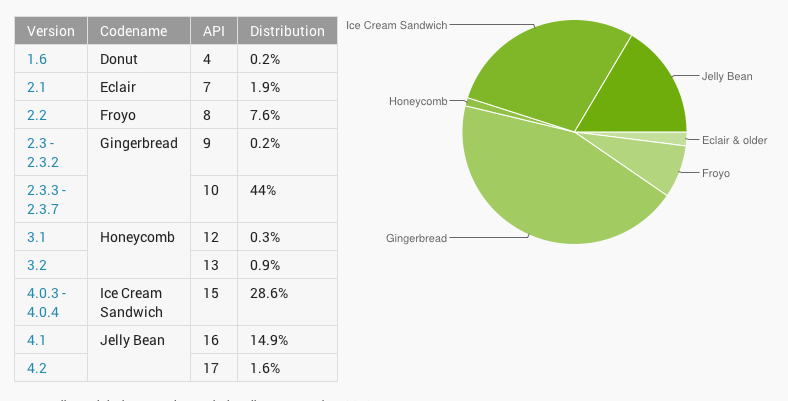 It’s the first week of the month and you know what that means: The latest Android distribution numbers are in. The most recent version of Google’s (GOOG) operating system, known as Jelly Bean, has continued to grow in the early part of this year and now accounts for 16.5% of the Android market, an increase of nearly 3 percentage points in the last month. Interestingly enough, devices running Ice Cream Sandwich actually decreased slightly from 29% in February to 28.6% in March. Manufacturers have finally begun to release devices with Jelly Bean and continue to update older devices to the latest version of Android. Google still has a major problem on its hands, however: More than half of all Android devices continue to run versions of the operating system that are more than two years old. While the numbers are decreasing, 44.2% of devices still run Gingerbread and 7.6% are still powered by Froyo.