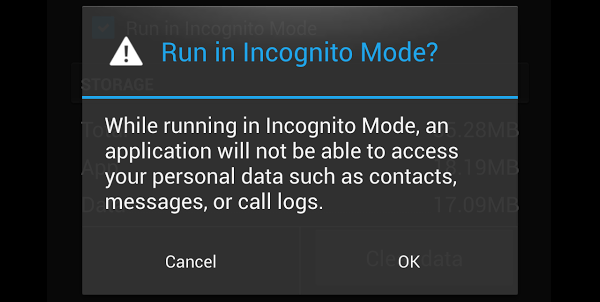 Steve Kondik, the founder and lead developer of CyanogenMod, announced on Wednesday that he is developing a new privacy feature for his popular third-party Android software. The feature, known as “Run in Incognito Mode,” is designed to help keep personal data secure by allowing Android users to run applications in a restricted mode. While operating in Incognito Mode, an application will not be able to access GPS location or personal data such as contacts, messages, browser history, calendar or call logs. CyanogenMod is an open source replacement firmware for Android devices that is designed to give smartphones and tablets more functionality and stability. “Run in Incognito Mode” is expected to debut in nightly builds of CyanogenMod in the near future.