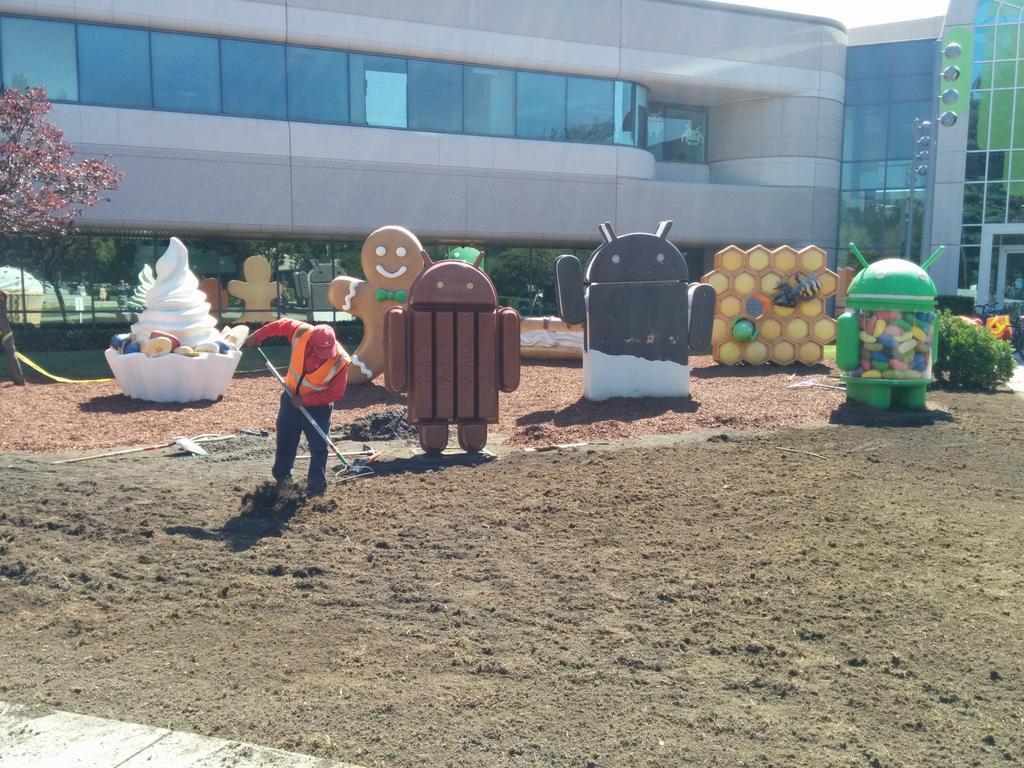 There has been plenty of speculation surrounding the upcoming Android L update, but more than two months later, Google still hasn’t given us an official name. Traditionally, Android releases have been paired with names of desserts, which is why Lollipop and Lemon Meringue Pie have become the two candidates that most people have latched on to, especially as evidence mounts, such the initials ‘LMP’ being found in Android code.

Android L doesn’t have a release date yet, but Twitter user Frédérik Lajoie happened to pass by the Googleplex facility in Mountain View, California on Thursday to discover that work was being done on the lawn where all the Android update statues reside.

Of course, Google could simply be doing some yard work, but it’s also possible that this is in preparation for the reveal of a new statue in the coming days or weeks. A sign on the door to the building notes that a crane lift project will be taking place on September 6th from 6 a.m. to 2 p.m., so it might be worth keeping an eye out for an announcement on Saturday just in case.

Either way, we’re sure to see more news about Android L and Material Design this fall when the next Nexus devices make their way to retail.