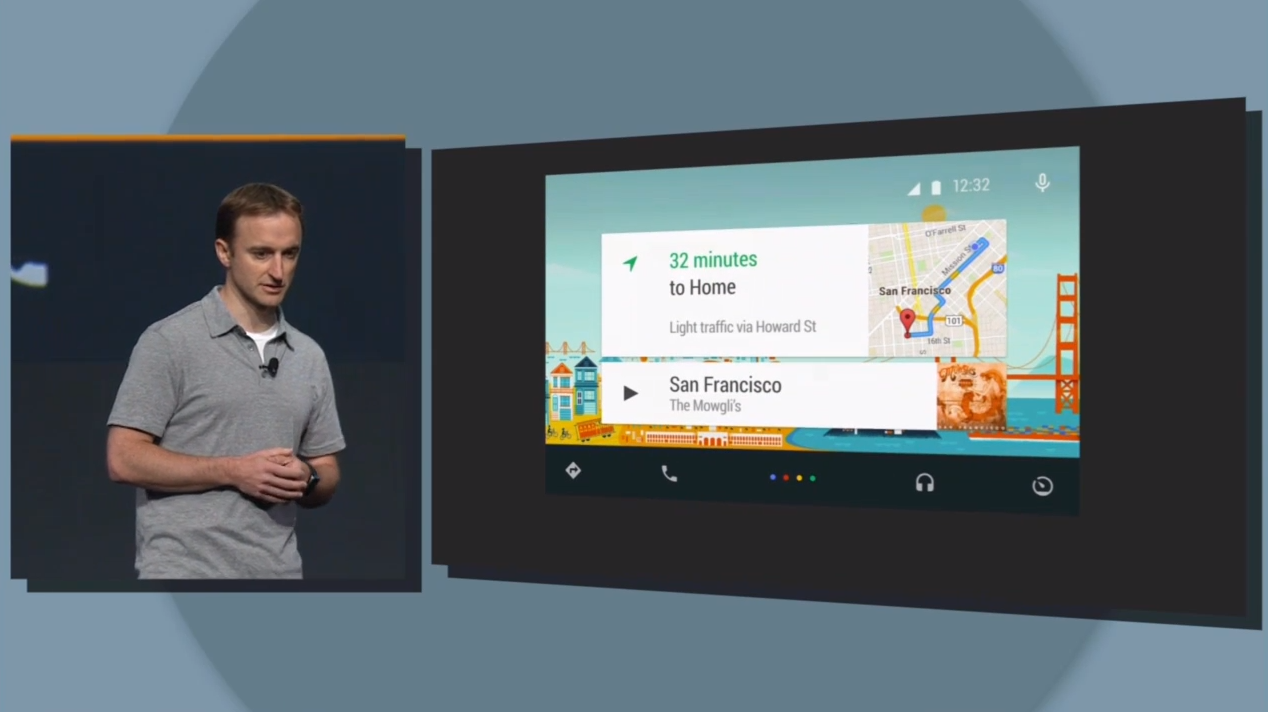 Google’s 2014 I/O keynote has been packed full of action so far, and the fun continued as Google revealed plans to bring Android software and the related experiences to your car with its new “Android Auto” initiative. The software will focus on music, navigation and other applications that users need while driving. It is also fully voice enabled, so drivers never have to divert their attention from the road.

Android staples such as Google Maps have been retooled so that they can be better displayed on a screen in a car, and the source device — the user’s phone — powers the entire experience. This means that the entire experience is improved each and every time an app on the user’s phone is updated. This is a huge benefit. As we all know, updates to infotainment systems are typically painfully slow.

Google is releasing an Android Auto SDK that will become available to developers shortly and will initially focus on enabling certain types of apps, including music streaming apps. More importantly, Google said that more than 25 car brands have signed on to support Android Auto in their automobiles.

Android Auto will launch alongside Android L later this year.