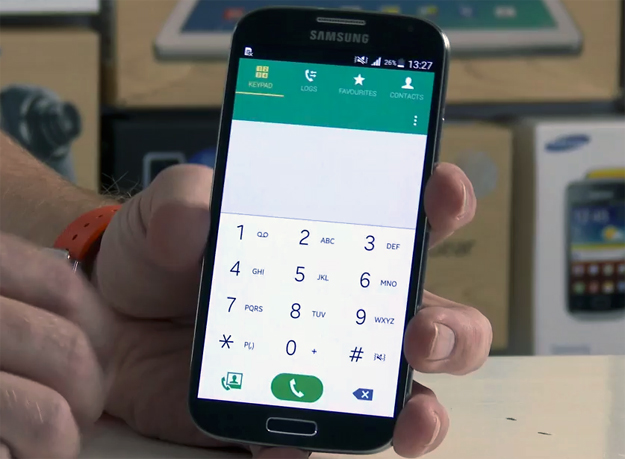 Samsung fans, we have good news and better news. The good news is that Samsung is hard at work preparing a big Android 5.0 Lollipop update for its smartphone lineup — and not just its latest phones, but last year’s popular handsets as well. The better news is that Samsung is much further along in the process than you might assume. In fact, it’s so far along that a very stable version of Samsung’s Android 5.0 build for the Galaxy S4 has leaked, and we can see the new software in action along with Samsung’s redesigned TouchWiz user interface in a new video that hit the web on Friday.

Well-known Samsung news blog SamMobile has managed to get its hands on a pre-release version of Samsung’s custom Android 5.0 build for the Galaxy S4, and on Friday the site published a video showing Lollipop in action.

Android purists will be quick to point out that Samsung buried all of Android 5.0’s great new user interface elements under the company’s own TouchWiz UI, but of course we knew this was coming. Hundreds of millions of Samsung customers around the world use devices with TouchWiz, so maintaining the same look in Samsung’s new Android 5.0 release is a necessity.

SamMobile does a good job of pointing out some of the big changes in Samsung’s new Android update, and the site also points out that some core functions on the Galaxy S4 aren’t yet working in the pre-release version of Android 5.0 it has installed on its Galaxy S4. In other words, don’t expect an imminent public release.