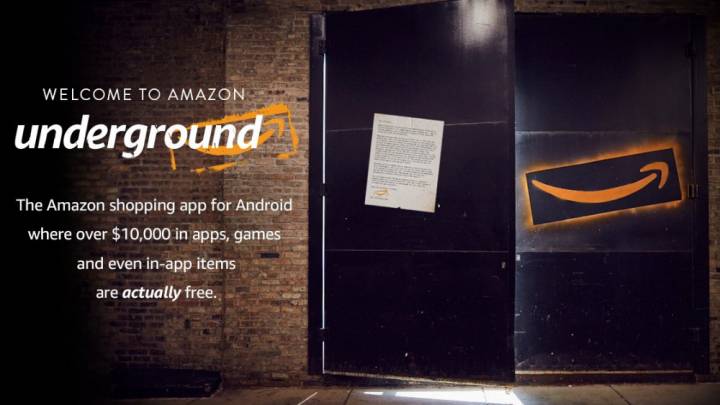 We all love free apps and games – in fact, we constantly offer you tips on iPhone and Android apps that are available free of charge for a limited time. But Amazon has decided to step up its free apps game by launching an entirely new mobile application that gives you fast access to a collection of apps “that are actually free,” and that happen to be worth more than $10,000 combined.

DON’T MISS: The U.S. Navy is working on a drone that can fly and swim underwater

The app is called Amazon Underground, and you have to install it on your device to get the apps.

“Many apps and games that are marked as ‘free’ turn out not to be completely free,” Amazon notes, saying that various applications come with built-in in-app offers. However, Underground supposedly offers apps that are 100% free versions of popular premium titles.

All these apps come without any in-app purchases, as Amazon has struck a special deal with developers for Underground apps. Basically, Amazon is paying a certain amount on a per-minute played basis, so they are able to waive their in-app fees.

To get these apps marked as “Actually Free,” you’ll have to get the Amazon Underground app from Amazon.com, log in with your credentials, and start exploring apps and games. To get started, head to amazon.com/underground from your mobile device.

The full Amazon announcement follows below.