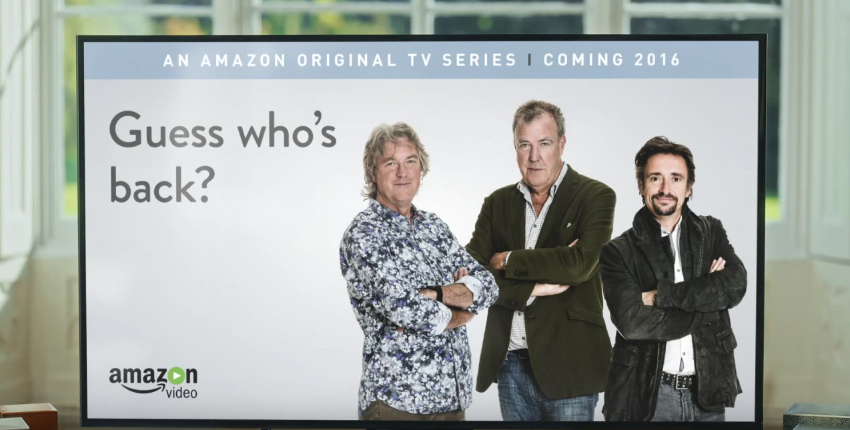 Amazon was quick to respond to all the hype around Apple’s new  with a hilarious Fire TV commercial that features none other than former Top Gear host Jeremy Clarkson.

The short 30-second ad shows Clarkson riding around in his home on a Segway, and explaining what he’s been doing since he became “unbusy” back in spring, without expressly mentioning he was fired by the BBC.

Clarkson says he used the Fire TV for entertainment purposes since then. The hits at BBC continue as he demos all the content sources available on the device while intentionally skipping over the BBC’s app, which he only refers to as “that…”

The Fire TV even has video, making it “almost perfect,” Clarkson says. That’s when a plug for his upcoming Amazon car show hits the screen, revealing the former Top Gear gang will return to TV with more car adventures next year exclusively on .

Check out the full commercial below.