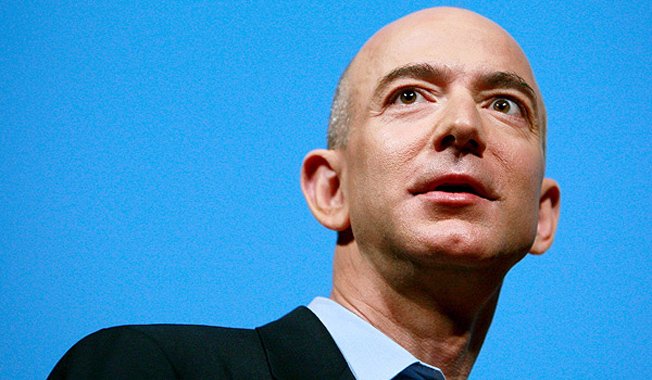 Following the guidance of its CEO Jeff Bezos, Amazon (AMZN) has successfully transformed from the an online retailer to a high-end technology company. Amazon has been on a roll lately and as a result has seen its revenue jump 31% over the past year. With a slew of affordable eReaders and tablets, the retail giant is slowly changing the industry, a move that has not gone unnoticed. Bezos on Friday was named Fortune’s 2012 Businessperson of the Year, edging out the likes of Apple’s (AAPL) Tim Cook and Google’s (GOOG) Larry Page.

Bezos has played a key role in the success of the e-commerce market. In 1994, a then 30-year-old Bezos founded Amazon predominately as an online bookstore, however as the market changed so did the company and it began offering the wide variety of products it has today. Bezos has been compared to both Steve Jobs and Bill Gates for his public image and ability to innovate, micromanage and lead a company.

Amazon isn’t just a retailer  but it is also key backbone of the Internet. The company’s cloud-based computing platform is used by hundreds of thousands of businesses around the world and is estimated to power 1% of the entire Internet. On the rare occasion its services crash, the public is well aware of it as popular websites such as Reddit, GameFAQs and Imgur go dark.

The company’s success with eReaders expanded into the tablet market late last year when its 7-inch Kindle Fire exploded onto the scene and redefined the smaller tablet market. Prior to its debut, tablet makers struggled to compete against Apple’s iPad, however Amazon was able to make a small, affordable and powerful device that could be available to the masses. Since then, the company has followed up with additional Kindle Fire models and we have witnessed competitors frantically launching competing devices such as the Nexus 7 and iPad mini.

Bezos has always prioritized long-term success over short-term profitability. It is this kind of thinking that has made him not only one of the most influential figures in technology but also one of the world’s best businessmen.