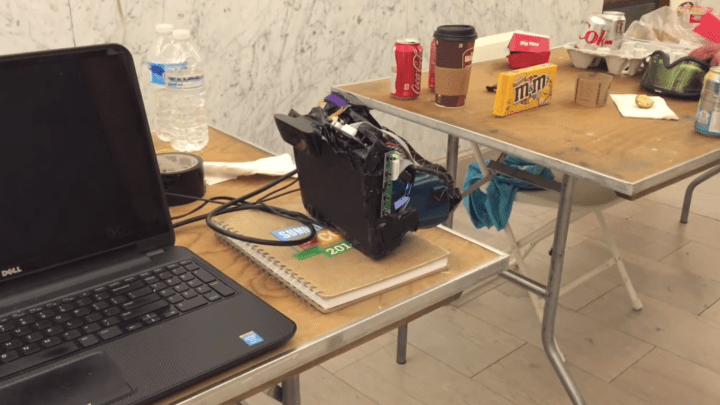 If you live in the city, you’ve probably stopped noticing the advertisements that flood your vision every time you leave your place. They’re so omnipresent that they’ve just become an inseparable part of your world, but what if you could block them out just like you block the ads on your computer?

Thanks to Brand Killer, now you can. Brand Killer is a augmented reality project from a group of developers for the PennApps college hackathon which automatically detects and blocks brand logo and advertisements in the real world.

“Brand Killer is a technology demonstration that envisions a future in which consumers can use augmented reality to opt out corporate influence,” writes the development team. “We built a head mounted display which uses computer vision to recognize and block brands and logos from the user’s view in real time. It’s AdBlock for Real Life.”

The display will look familiar if you’ve ever seen an Oculus Rift, but as this is just a prototype design for a competition, it’s a little bulkier and far less polished. Nevertheless, it’s a fascinating, futuristic solution to the dystopian, ad-filled world we live in.

Watch the video demonstration of Brand Killer in action: