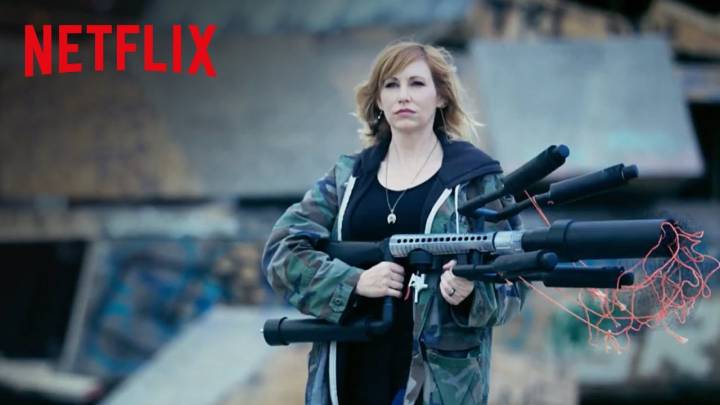 Nerds the world over were left weeping when Discovery’s long-running Mythbusters franchise ended earlier this year. But as it’s now accustomed to doing, Netflix has stepped into the void with a similar, less safe-for-work version of the science show.

White Rabbit Project is legally the closest thing to Mythbusters that Netflix could pull off. The format of the show is nearly identical: there’s myths and rumors that the team put to the test. The only real difference is the cast, as Jamie and Adam aren’t returning. Instead, we get the Mythbusters build team of Tori, Grant and Kari goofing around once again.

All ten 45-minute episodes are available to stream (and download offline!) on Netflix right now. As a longtime Mythbusters fan, I’m seeing a lot to love here already. The on-screen chemistry is still there, but with Netflix’s budget and lack of control, things are a little more wild, it would seem. One other big benefit over Discovery: no ad breaks, which means we aren’t subjected to the endless “what you missed earlier” segments.

In the first episode, they tackle some crazy myths about World War II weaponry, which is as good as it sounds. Other things I’m looking forward to seeing later this evening include testing ingenious heists, traffic lights, and the hoverboard.