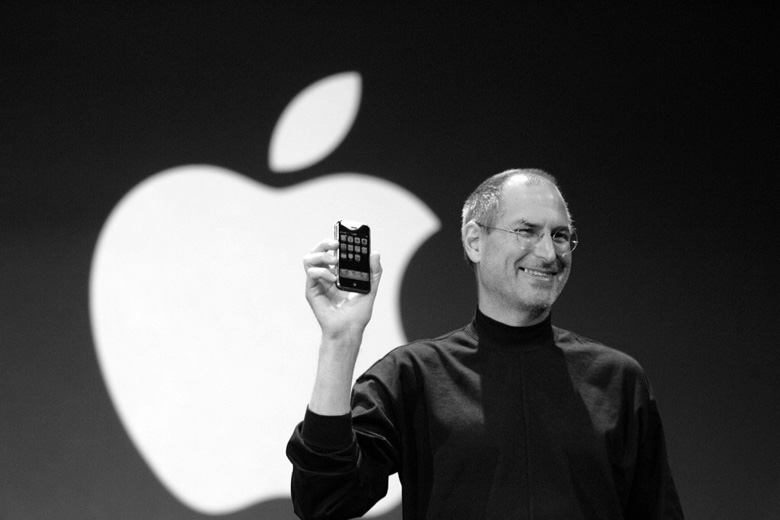 Steve Jobs is known for a lot of things. He was an incredible businessman, a world-class salesman, and he was obviously quite the visionary. When listing Jobs’s top qualities, however, his sense of humor doesn’t typically come up. Jobs was a terrific showman though, and the little jokes he cracked here and there during Apple’s press conferences always helped keep things light. This was actually a very important yet underappreciated element of Apple’s strategy during product announcements. The company’s marketing has always revolved around hyperbole (It’s magic! It’s all screen!). In an advertisement that you see here and there in passing, that’s fine. When you’re watching a press conference and every other sentence is about how magical, revolutionary, and groundbreaking Apple products are, a little levity or comic relief is a must.

Everyone remembers Apple’s big first-generation iPhone announcement event back in 2007. There were so many iconic moments in that presentation, which saw the unveiling of a device that would quite literally flip the smartphone industry on its head. One moment in particular was the subject of a recent Reddit thread though, and we want to share it because it’s something most people likely forgot all about.

There are so many killer features introduced by the iPhone that we now take for granted, and several of them pertain to maps. It might seem like Google Maps and all of its great functionality has been available on smartphones forever, but mobile mapping would still be a disaster to this day had it not been for the iPhone. The mapping experience that Apple created while guiding Google was truly revolutionary, and Steve Jobs discussed it at length during the first iPhone event back in January 2007.

There were plenty of cool features Jobs covered during his presentation, but something pretty funny went down when he was covering the Maps app’s ability to let users search for and call businesses. Jobs ended up making the first ever prank call from an iPhone, and he did it live on stage at the Moscone Center. Whether you watched live or this is the first time you’ve ever heard about it, it’s definitely worth watching in the video embedded below (via Reddit).