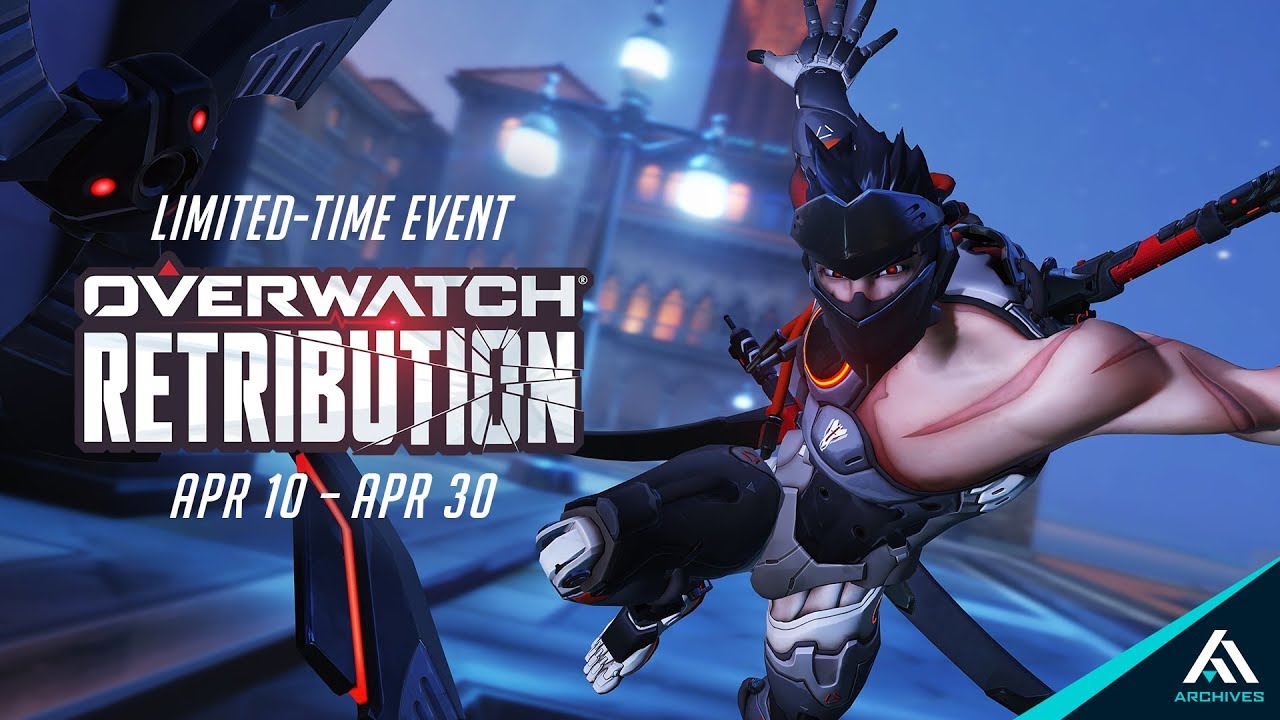 After some extensive teasing, Overwatch’s big spring event is finally here. Retribution is the follow-up to the Uprising event from last spring, and it brings a similar PvE game format with different heroes, plus a bunch of new elements to the lore, a new map, and of course, some new skins.

Retribution takes us to Venice, Italy, where you get to relive one of Blackwatch’s missions. You play one of Moira, Genji, McCree, or Reaper, fighting through the streets of a new map called Rialto to reclaim a high-ranking Talon member. The event goes live at 2:00PM Tuesday EDT, and will be available until April 30th.

The update itself is available now, but be warned: it’s big. On PC, it’s 14GB, while console versions are over 20GB. The update presumably contains new skins, the new map, and both the Retribution and Uprising PvE game modes, but that’s still a far larger update than normal.

Just like during Uprising, you can play Retribution with the four heroes intended for story mode, or you can play it with any four heroes, but the story plays out a little differently. Rialto will also eventually be available as a payload map, although it will be in daylight rather than at night.

In addition to the new event, this patch is also bringing nerfs and buffs to a handful of heroes. The most significant is probably D.Va, who is seeing a 21% damage reduction from her micro-missiles. Reaper is getting buffs to his Wraith Form, speeding it up to a 50% speed boost, and adding the ability to cancel it by pressing shift again.

Experience pivotal moments from history in Overwatch Archives. Join a team of four heroes and participate in cooperative, story-driven missions that give a new perspective on the era before the fall of Overwatch.

This year, take command of the agents of Blackwatch and face off against Talon in an exciting new brawl, Retribution. Players also get a second chance to stop an omnic insurrection as last year’s Uprising mission returns for a rematch. You’ll earn Archives Loot Boxes as you play, unlocking new cosmetics based on moments from Overwatch’s past including legendary skins like Blackwatch Moira, Scion Hanzo, Soldier: 24 Reaper, Talon Doomfist, Specimen 28 Winston, and more.

Developer Comments: The addition of the “Avoid as Teammate” option gives players the ability to craft their online gameplay experience. Up to two players can be selected with this feature. If you use the “Avoid as Teammate” option on a player, the matchmaker will no longer place you on a team with the avoided player for one week. To learn more about this feature, click here.

Developer Comments: Due to player confusion about the most appropriate category to report players for poor or toxic gameplay, we are removing the Poor Teamwork option from the reporting system. Players should instead use the Gameplay Sabotage option when players actively harass or disrupt their own team with game mechanics or their actions. Players should not be reported simply for performing poorly, since everyone occasionally has a bad game.

Developer Comments: This change helps Mei combat multiple targets that are clumped up and makes it easier for her to keep freezing a specific target if another enemy gets in the way. This change also helps her ultimate more consistently freeze enemy targets, especially if they are near each other. Note: While her shots now pierce enemies, they still do not pierce barriers such as Reinhardt’s shield.

Developer Comments: These changes help Reaper use Wraith Form more consistently as an escape, but they also open up new options, such as chasing down key targets.

Developer Comments: Due to issues with visibility, we have made most of Moira’s visual effects fade away the closer they are to the camera. We have also made modifications to Coalescence to greatly increase the ability for foes and allies alike to see through it when facing it.

Developer Comments: Zenyatta is meant to be able to deal a lot of damage, especially for a support, but his alternate fire burst damage was a bit too high. This change keeps the overall damage the same but lowers the DPS slightly and makes it harder to hit multiple shots at very long ranges.