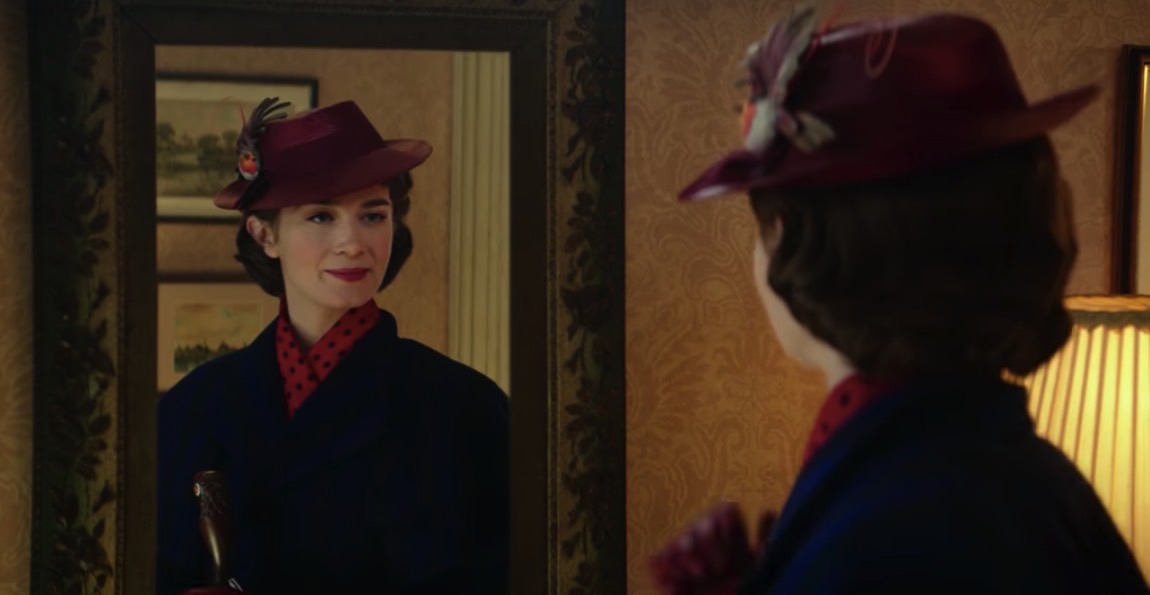 Disney’s A Wrinkle in Time is opening this week, right alongside Gringo, and Thoroughbreds. That’s three movies that I want to see, with Disney’s sci-fi adventure being at the top of the pile.

On top of that plenty of new clips for upcoming attractions were released this week, including Mary Poppins Returns teaser.

Who’s ready for some good old Winnie the Pooh action? That’s exactly what Christopher Robin is all about — and the title is a dead giveaway. But it’s not your ordinary Pooh animation. Instead, it’s a movie that seems to be inspired by the Teds of the world, if you get my drift. No Mark Wahlberg in this one though.

Game Over, Man! is a Netflix comedy about a regular group of coworkers/friends who turn into heroes. Or, at least, they try to. Adam Devine, Anders Holm, and Blake Anderson star in this one, and you’ll be able to stream it come March 23rd.

Let’s get back to remakes for a moment, shall we? This Christmas, Mary Poppins Returns. In it, we have Emily Blunt and Meryl Streep, which is a good enough reason for me to want to add it to my queue.

I giggled while watching the Show Dogs trailers so far, but I’ll have to admit that there’s probably no chance in hell that I’m watching this one. Not even when it hits Netflix. Okay, fine, the only reason I’ll consider seeing it is kids. Show Dogs comes out on May 18th.

Submergence, in theaters April 13th, is a complicated love story between two people who find themselves reminiscing about their moments together while confined to some tight spaces. He’s held captive in Africa while she’s actually submerged in the Greenland Sea. He is James McAvoy, and she is Alicia Vikander.

Illumination, the makers of all those movies with minions in them are back with a new animation movie. The Grinch stars Benedict Cumberbatch and promises to be seriously funny. The film launches on November 9th, just in time for Christmas, and this first trailer tells you everything to know about it.

The House of Tomorrow

The House of Tomorrow was first shown at the San Francisco International Film Festival last April, but it’ll only see a limited theatrical release this April. Which is why we’re showing you the trailer for this “old” movie today. It’s got Nick Offerman in it, so that’s one reason to want to watch it.

Oscar Nominee Saoirse Ronan stars in The Seagull, a comedy/drama about a group of people and their love interests. They may be friends and in love, but all of them are in love with the wrong person. Apparently that’s the gist of The Seagull, which launches on May 11th. And yes, Elisabeth Moss is also starring in it.

Parenting isn’t easy, and that’s the point Tully is trying to make. Well, Tully is a nanny that was gifted to Charlize Theron’s character by her brother. Because everybody needs help. The film comes out on April 20th.

This isn’t a regular trailer, but it’s still a clip worth watching if you’re interested in Steve Soderbergh Unsane thriller, starring Claire Foy, and recorded using only iPhones. The film launches on March 23rd.

You Were Never Really Here

Hitting theaters on April 6th, Amazon’s You Were Never Really Here is a movie about a man who’s on a somewhat dangerous and violent mission. It’s sort of like Taken, but with a man who’s tracking down missing girls for a living.