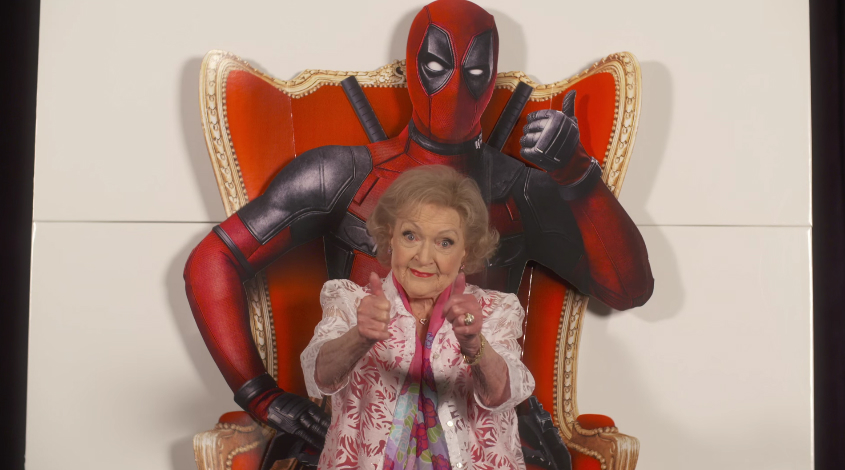 In case you somehow haven’t heard about it, Deadpool is playing in cinemas. If you’re unsure whether you should hit the nearest theater to see the movie, then you only need to take the advice of Betty White, who has the best review of any movie I’ve seen in a while. And it does Deadpool justice.

Yes, I’m well aware this isn’t a real review, but seeing Betty White talk about Deadpool on video is epic – and not entirely a surprise, considering the large amount of viral footage the creators of Deadpool have released online in the months preceding the movie.

Betty White gives Deadpool a “four Golden Girls” review rating, saying it’s the best picture of the year. According to her, Ryan Reynolds looks so “f*cking handsome.” And of course, she said some other things we won’t reproduce for you, but they sound like something Deadpool would say if he were to review his own movie.

Check the clip below to see the full Betty White 40-second review of Deadpool.