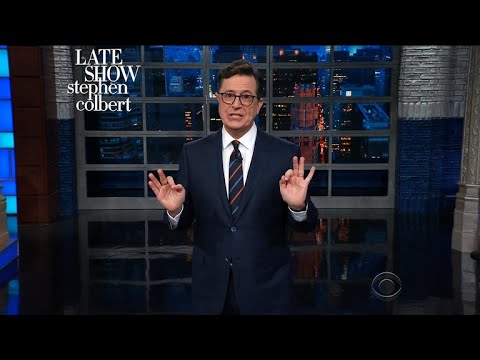 Stephen Colbert’s late night takes on the Trump administration have become must-watch viewing for anyone who likes hate-following current affairs. But as you might expect, last night was something a little special.

Just like you’d imagine, Colbert — a vocal critic of the administration — had a lot to say about the charges. It’s basically Christmas for any late-night host, especially given the juicy details of collusion contained within Papadopoulos’s indictment.

The Fake News Media is not without balance, though, so Colbert made sure to include the response of Press Secretary Sarah Huckabee Sanders to the allegations — which, again, were exactly what you’d expect.

Whatever you might think about the charges in question, there’s no doubt that the best part about this investigation is the comedic relief. Even as you watch the fabric of democracy getting carefully shredded, there’ll be on-point satire and excellent one-liners at 11.35PM Eastern, every night.