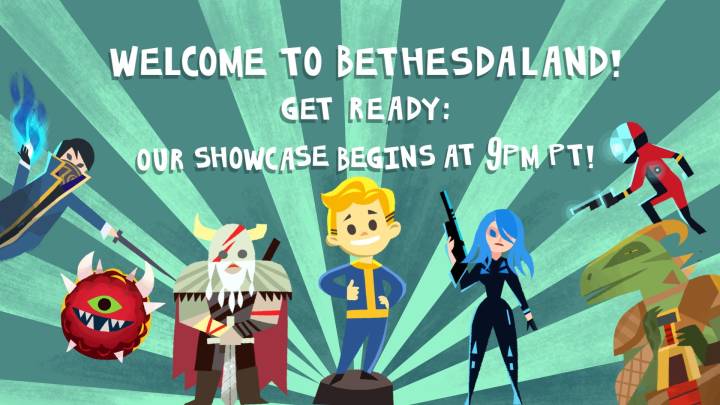 Bethesda’s E3 2017 showcase might be the most mysterious conference of the entire event. Other than some rumors, we have absolutely no idea what Bethesda is planning to show off this year, so we’ll just have to make some educated guesses. The showcase begins at 9:00 PM PT / 12:00 AM ET.

In case you aren’t familiar with Bethesda, they’re the people responsible for series like The Elder Scrolls, Fallout, Dishonored and The Evil Within. They also helped bring Doom and Wolfenstein back to life, as well as Prey, which itself was a reboot of a failed sequel to a 2006 first-person shooter.

On Sunday night, the team will likely have updates on its live games such as The Elder Scrolls Online, The Elder Scrolls: Legends and Quake Champions. We might even see another mobile game from Bethesda after the breakout success of Fallout Shelter on iOS and Android in 2015.

There have also been rumors that Starfield will be unveiled tonight, a game which is said to bring the iconic open world RPG gameplay of The Elder Scrolls and Fallout to a sci-fi setting. Bethesda has already said that Elder Scrolls VI won’t be ready to show off at this year’s showcase, so it would make sense to fill that empty slot with another massive blockbuster RPG instead. Furthermore, these has been word that a new Wolfenstein and a sequel to The Evil Within will debut at Bethesda’s conference.