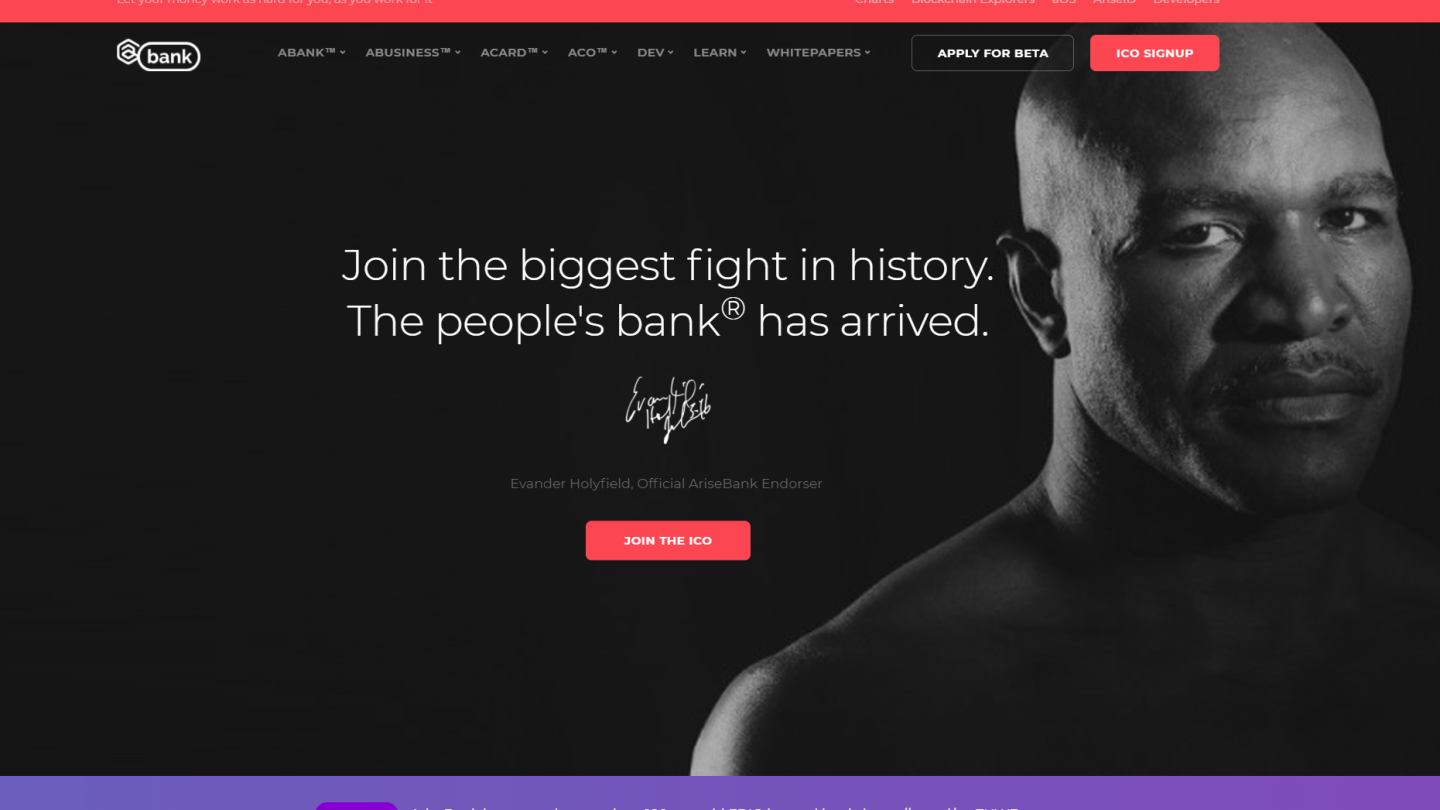 Crypto-currencies are, to put it mildly, exploding right now. The rise of Bitcoin is thoroughly documented, but a hundred thousands other companies are piling it to get a share of the hottest thing in tech. Increasingly they’re turning to initial coin offerings (ICOs) as a way to innovate, as well as raise capital.

Unfortunately, whenever there’s money, there’s scams, and ICOs are no exception. The Securities and Exchange Commission took enforcement action against a “crypto-bank” last week, freezing the assets of AriseBank and halting its ICO. AriseBank CEO Jared Rice isn’t giving up, however, and in a message to ICO supporters through Telegram last night, Rice said he’s still holding firm.

“Many people’s dreams fail over time, it’s simply a circumstance that surrounds us when we’re trying to do something that can and will change the world,” Jared Rice told supporters in messages obtained by Business Insider. “AriseBank was and STILL IS a project that I gave my entire life to. I’m not hiding. I’m proud of what we’ve built and regardless of what happens, I can sleep at night knowing that I did my best, I gave it my all and I did it with all the right intentions.”

AriseBank was intended to be the world’s first “decentralized” bank, where customers could get traditional banking services denominated in cryptocurrency. The bank aimed to raise $1 billion in working capital through sales of its own coin, AriseCoin. Before its assets were frozen, AriseBank claimed to have raised $600 million from investors.

From an economic standpoint, the idea of AriseBank was far from fraudulent. But according to the SEC filings, the company lied in public materials to investors, as well as failed to file required documentation. The SEC sees AriseCoin as a security being offered to investors, which requires registration with the SEC, which was not done. AriseBank also claimed in marketing materials that it had acquired  “100-year-old commercial bank” with an FDIC license, meaning Arise would be able to offer customers accounts insured by the federal government. According to the filings, that wasn’t the case.

As it currently stands, the SEC has successfully frozen the assets of AriseBank under emergency provisions, and the court has appointed a receiver to manage the assets and ensure they can’t be liquidated.