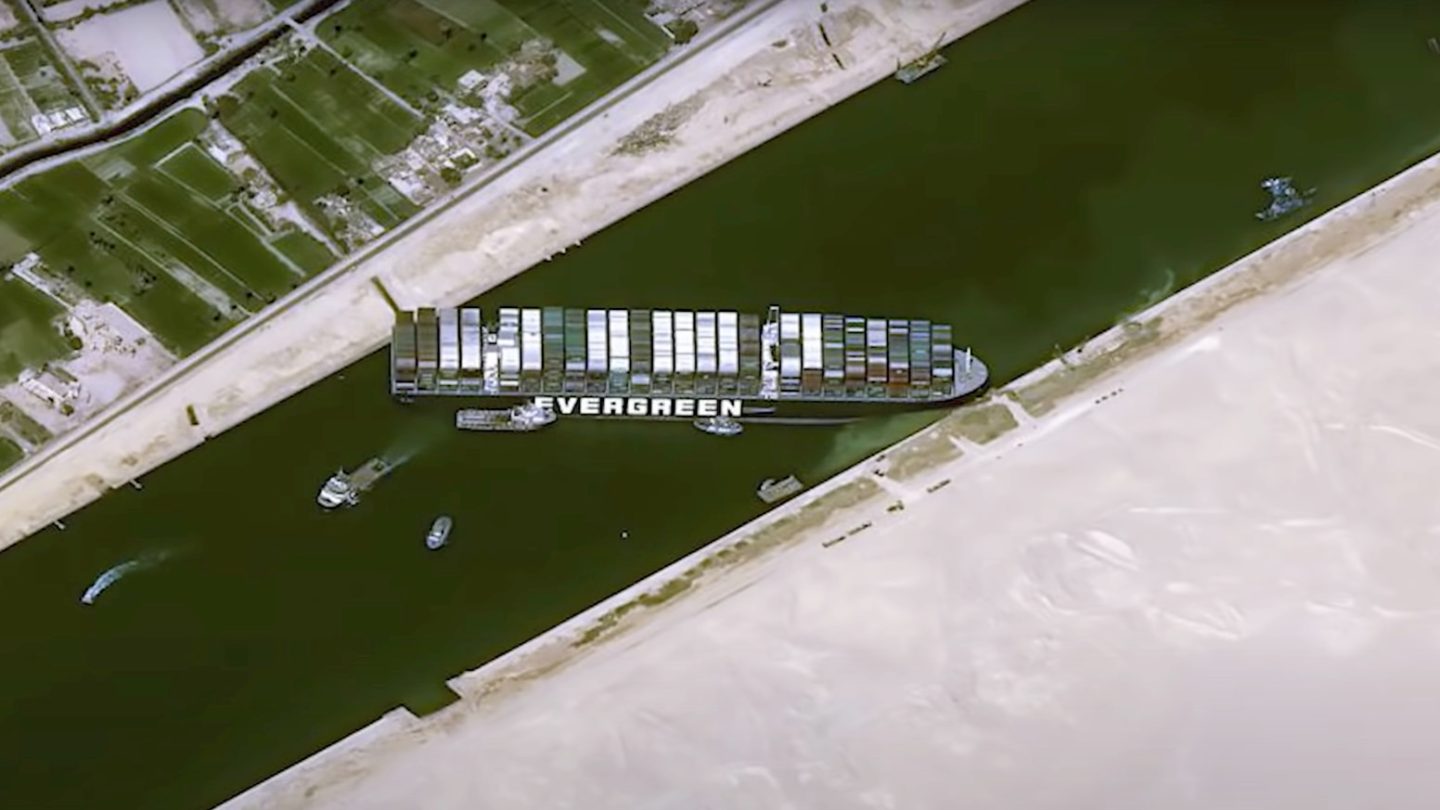 When news broke out that a cargo ship blocked the Suez Canal a few days ago, it sounded like a joke at first. But with each day and meme that went by, it became increasingly clear that the issue was quite serious. It wasn’t just about Ever Given, the giant ship with its bow and stern firmly impaled in the opposite sides of the canal. One of the world’s busiest trade routes was blocked, with many boats unable to cross it in either direction. A traffic jam ensued just as officials scrambled to dig the Ever Given out of the beaches, refloat it, and send her on her way. Early on Monday, Egypt time, the teams working around the clock for nearly a week have finally managed to see results. The Ever Given is partially refloated, but the ship isn’t ready to move as the rescue is far from complete.

Salvage teams have been working on land and water for five days and nights, The New York Times reports, but it wasn’t just their hard work that brought the Ever Given back to floating. The moon and the tides played a role as we. As workers cleared millions of tons of earth from around the boat, the water level rose, and the ship moved. The water level rose by as much as 18 inches, and the next high tide was expected for 11:42 AM local time.

The Suez Canal Authority said that the stern, the back of the vessel, was now 300 feet from shore. But even though the ship was moving, it was unclear whether the massive bow protrusion that sits under the waterline was freed. It could still be stuck in clay or dirt. According to Peter Berdowski, the bow was stuck “rock solid.”

Berdowski is the CEO of Royal Boskalis Westminster, which was appointed to help move the vessel. “The ship is like a giant whale that we have to slide off the beach, back in the water,” Berdowski told Dutch broadcaster NOS on Monday. “We shouldn’t start cheering just yet.”

BREAKING : EVER GIVEN ship has been UNSTUCK & Moving into #Suez Canal after 6 Days!!

Egyptian crew managed to float it moments ago. It’s 5:42 am there: pic.twitter.com/GoMlYjQerL

Other vessels are still anchored around the Suez Canal, waiting for the Ever Given to be rescued. They could be transporting anything from cars to oil to livestock and consumer goods. Some of the ships en route to the Suez have decided to take the long way and circle Africa, a trip that will add weeks to the journey and more than $26,000 a day in fuel costs.

The massive effort to free the Ever Given consists of 11 tugboats which are helping move the ship. Dredgers have been clearing the dirt and clay around the bow and stern, including a machine that could extract 2,000 cubic meters of material per hour. High-capacity pumps are drawing water from the Ever Given’s ballast tanks to reduce its weight. The effort also includes teams of the ground that are digging around the ship to free it from the beaches.

Separately, teams of divers have been inspecting the hull through the rescue operations, looking for damage. Placed diagonally across the canal, the Ever Given is also at risk of cracking.

Once the ship is fully floated, the tugboats will be able to push it out of the way safely. It could be days until regular traffic resumes in the Suez Canal, which could lead to additional shipping delays of the goods stuck at sea. Shipping analysts estimate the Suez Canal blockage is holding up nearly $10 billion in trade every day. More than 300 other vessels are stuck outside the canal.

It’s still unclear what caused the accident. The Ever Given operators cite high winds and a sandstorm, but other experts also said that technical and human errors might have played a hand.

Ever Given Suez Canal