Marvel fans are freaking out over this ‘Avengers: Endgame’ post-credits theory

With each day that goes by, we’re closer to Avengers: Endgame, and we’re learning more details about the upcoming Marvel blockbuster, as well as the other Marvel Cinematic Universe films slated to launch in 2019. But it’s never too early to talk about what will turn out to be one of the most anticipated credits scenes in MCU history.

Regardless of what happens in Avengers: Endgame, and irrespective of how the movie ends, the credits scenes will set up Phase 4 of the MCU, which starts with Spider-Man: Far From Home in July. And Marvel fans are losing their minds online over a credits scenes theory that sounds way too good to be true. But if it pans out, it’ll turn out to be a brilliant move from Marvel and Disney.

Disney will soon close its Fox acquisition, at which point it’ll obtain the film rights for a slew of Marvel heroes that Marvel Studios itself wasn’t able to use in any of the existing MCU movies. Characters including X-Men, Fantastic Four, and Deadpool will all become fair game for the studio, and we could see some of them join forces with whatever is left of the Avengers team post-Endgame.

During an interview last week, Marvel boss Kevin Feige said that everything is “looking very, very good,” and that movies built around Fox’s characters “could happen in the first six months of next year.” Feige did say that he hasn’t been given the official green light to start any production based on Fox heroes. But Disney CEO Bob Iger said in the past that, after the Disney-Fox merger, they would try new things beyond the Avengers franchise.

That’s detail number one you need to know before we get to this Endgame credits scene theory. 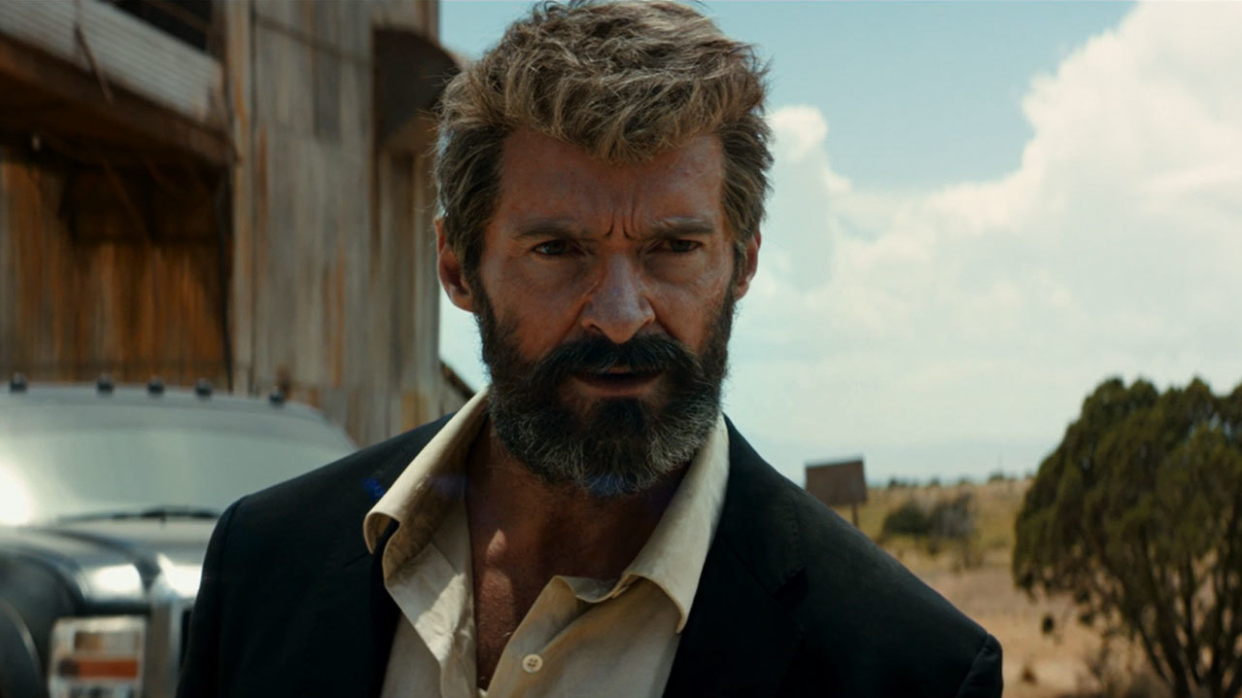 The second detail is a reminder that, after years of playing Wolverine on screen, and much to the disappointment of fans (and Deadpool’s Ryan Reynolds), Hugh Jackman is done with the superhero role.

On to the next piece of the puzzle. Go ahead and do a Google search for this particular phrase: “famous Hugh Jackman movies.” You may have to scroll a while, but Avengers: Endgame will pop up in the list of titles associated with Jackman (via ComicBook):

Jackman, of course, isn’t in Endgame — not that we know of. But Google seems to know something we don’t.

Put all these little details together, and you have one of the most amazing Endgame credits scene theories you could imagine. Jackman, playing Wolverine, could return. The point would be to tease the fact that all of Fox’s Marvel heroes will be joining the MCU soon, even if the actor won’t play Logan anymore.

I have to say that would be a brilliant way to finish off a decade of MCU movies. Imagine a meeting between Tony Stark and Logan to set up the future Disney-Fox-Marvel universe. Then again, this is just wishful thinking at this point, and Google’s search error will probably be fixed soon. It seems unlikely for Marvel to have gone through so much trouble to secure the permission to use Wolverine for credits scene before the Disney-Fox deal was finalized. The deal is supposed to go through in early 2019. Avengers: Endgame, meanwhile, premieres on April 26th.

Tweet
How to celebrate New Year’s Eve in ‘Fortnite’