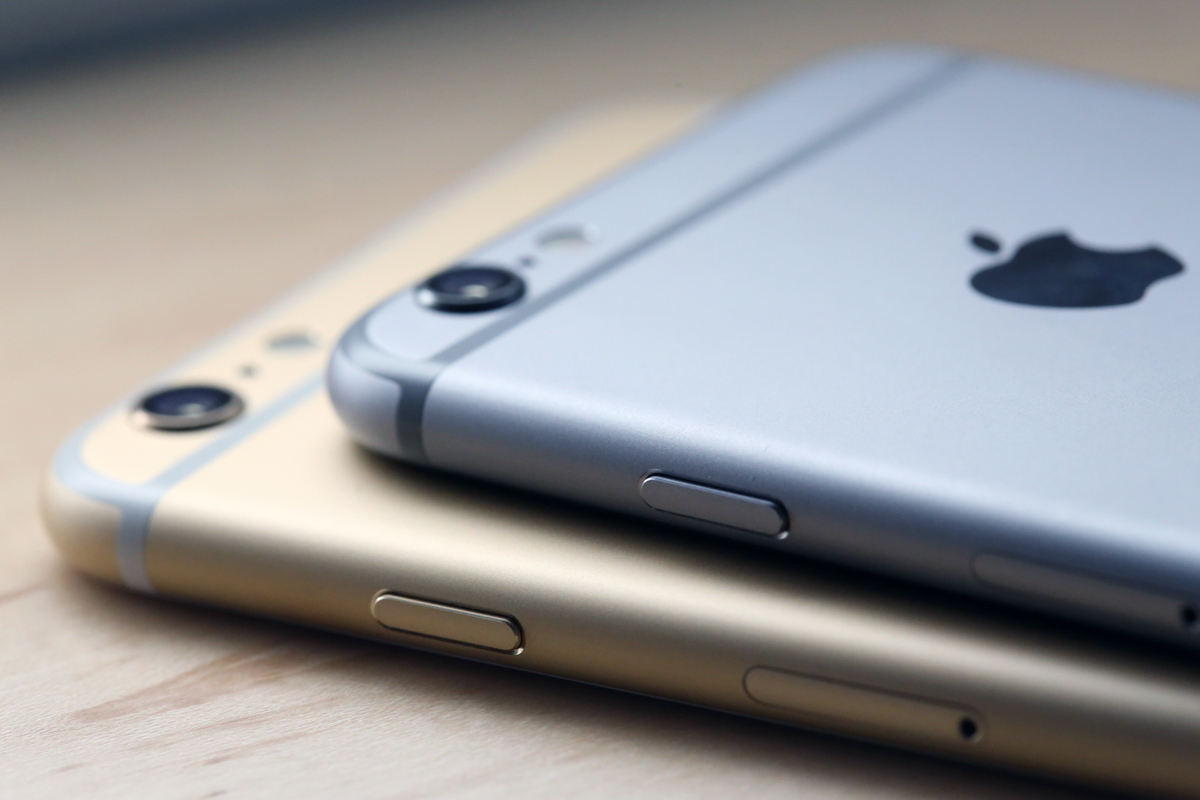 Apple’s new iPhone 6s and iPhone 6s Plus are finally official after months of leaks and rumors, and people who follow Apple news will have a difficult time trying to act surprised. Well, here’s something else that won’t surprise you: Apple’s latest iPhones are better than the iPhones they replace.

It goes without saying that Apple improves its iPhone lineup each year with more power and new features, but now that the 6s and 6s Plus are official, we can dive into exactly how Apple’s latest iPhones are better than the iPhone 6 and iPhone 6 Plus they replace at the top of the iPhone food chain.

While there are certainly a number of key areas we need to cover, the first and most obvious is 3D Touch, which is Apple’s new version of Force Touch from the Apple Watch.

Using a combination of unique hardware components and special software, Apple’s new iPhone 6s and iPhone 6s Plus are capable of distinguishing between different levels of touch pressure. As a result, a light tap and a firm tap on the same target can result in different actions.

On the Apple Watch, this technology opened up a whole new range of features because of the limited screen real estate on the device’s display. Apple’s iPhones obviously don’t have the same limitation, but 3D Touch still broadens the devices’ horizons significantly. Apple will also allow developers to take advantage of this new tech, which could lead to exciting new features in a wide range of apps.

3D Touch relies on special hardware in the display assembly to function, so the previous-generation iPhone 6 and iPhone 6 Plus won’t ever get this new feature.

The camera shared by Apple’s iPhone 6 and iPhone 6 Plus is easily one of the most impressive smartphone cameras the world has even known, perhaps topped only by Samsung’s latest camera on the Galaxy Note 5 and Galaxy S6.

Somehow, the camera on the iPhone 6s and iPhone 6s Plus is better in every conceivable way.

Starting off with the obvious, Apple upped this year’s iPhone camera resolution to 12 megapixels, topping the 8-megapixel unit on last year’s iPhone 6 duo. But Apple didn’t stop there — the camera on the iPhone 6s and 6s Plus is also supported by better optics, it’s faster, and it captures better low-light images thanks to both hardware and software improvements. Finally, Live Photos add a terrific new dimension to images that will only be available on the 6s range.

Also of note, the front-facing camera on Apple’s new iPhones gets a big bump from 1.8 megapixels to 5 megapixels.

The real tests won’t come until we get our hands on the new iPhones and test the cameras for ourselves, but it’s already safe to say that the difference is going to be huge.

We can’t say that Apple’s new rose gold color option on the iPhone 6s and 6s Plus strikes our fancy, but there are definitely people out there who will love it. More options are never a bad thing, and this year’s iPhones have four color options — space gray/black, silver/white, yellow gold/white, rose gold/white — while 2014’s new iPhones were only available in three color combinations.

Try to bend your new iPhone 6s or iPhone 6s Plus, we dare you!

Apple is as sick of hearing about “Bendgate” as the rest of us, so it decided to make this year’s new iPhones out of a much stronger aluminum. 7000 Series aluminum is the same material used on the Apple Watch, in fact, so it’ll certainly take a beating.

Last and anything but least, Apple’s iPhone 6s and iPhone 6s Plus feature the big performance improvements we’ve come to expect from “S” updates.

The dual-core A8 and 1GB of RAM in Apple’s iPhone 6 and 6 Plus crushed quad- and octa-core rivals thanks to brilliant optimizations (and comparatively low-resolution displays). In 2015, Apple still has no plans to play the speeds and feeds game to match Qualcomm, Samsung and other chip makers’ core counts. iPhone users will still enjoy some big performance improvements in 2015, though.

Apple’s new iPhone 6s and iPhone 6s Plus are powered by a fresh new tri-core A9 processor is a smaller and more efficient chipset that offers better power consumption and increased power. Couple that with 2GB of RAM instead of the 1GB found in last year’s iPhones, and you’re looking at some serious oomph.

How much more oomph? The iPhone 6s processor is 70% faster than the one in the iPhone 6, and its GPU is 90% faster.

We’re a bit disappointed that Apple didn’t go further in this area by using bigger batteries. In fact, the company didn’t even discuss battery life on stage on Wednesday. We know the iPhone 6 and iPhone 6s actually pack smaller batteries than the 6 and 6 Plus, but more efficient components and software optimizations should still give us some minor improvements in this key area, according to what we’ve heard.