Flipboard CEO: Apple didn’t surprise us because it’s always been watching us 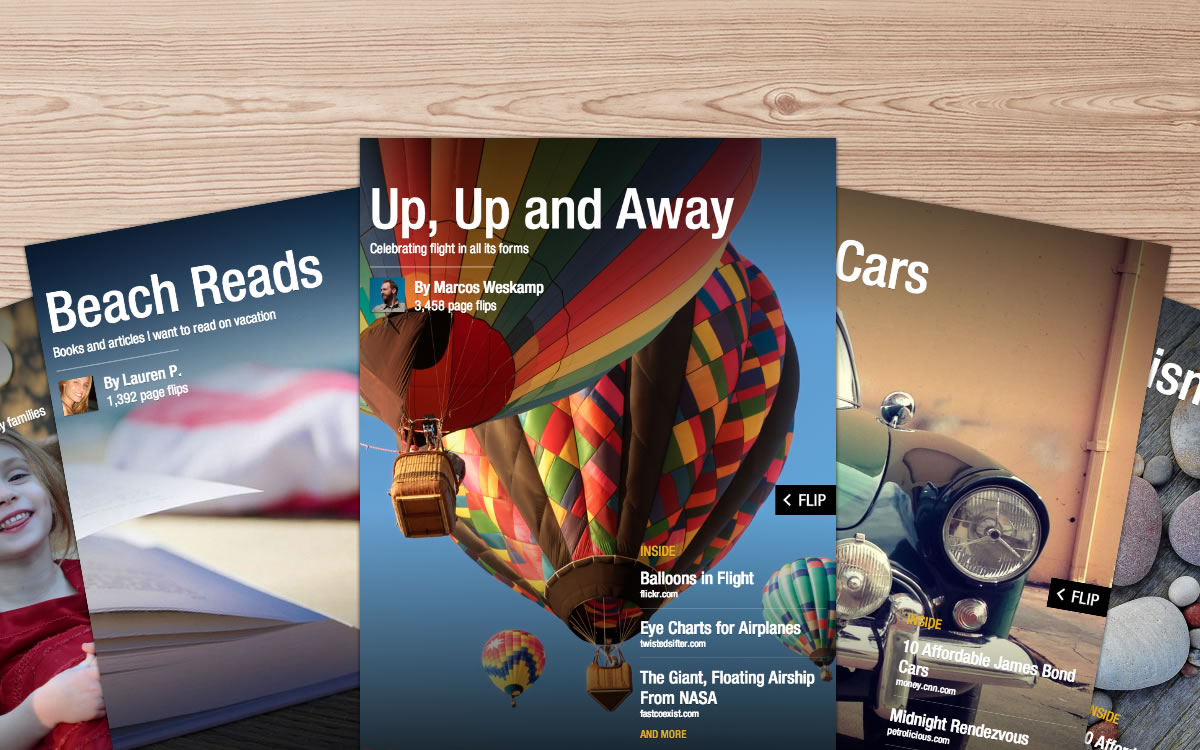 Apple’s unveiling of a Flipboard-like news hub during its annual developer conference Monday didn’t come as a surprise to the team behind the now 5-year-old news reader and content curation app.

Not only has Flipboard “known about this product for a while,” CEO Mike McCue told BGR, but his company has in fact had Apple’s attention more or less from day one. BGR has learned about a little known episode from Flipboard’s early days, for example, when Apple cofounder Steve Jobs himself reportedly visit the office of the Palo Alto-based company, where he was shown the product and left impressed by the design and polish.

McCue, naturally, declines to disclose any details about that encounter or about the myriad acquisition rumors that have floated around the company since then. Rumors about potential buyers have ranged from Apple to the more recent news that Flipboard and Twitter have reportedly held talks about the latter acquiring the former.

In a general sense, though, McCue acknowledges the interest from potential suitors as well as rivals – up to and including Apple News, the service Apple announced Monday – as evidence not that Flipboard is under fire or running out of room to operate. Rather, “it clearly means we’re on to something,” McCue said in an interview following Apple’s presentation.

“We’ve obviously struck a chord and captured the imagination of millions of users who are gathering around their interests, and that’s a great thing.”

Apple’s news product certainly looks and feels like Flipboard, in, for example, the way the user first populates it by tapping to select from an assortment of news outlets and topics, choices that are used to populate and personalize their news stream.

Flipboard gets users started in a similar fashion, via the way they’re asked to pick from a list of topics that are used to curate their Flipboard experience. Flipboard diverges from Apple from there, though. McCue, for example, stresses that his product is “inherently social” and that Flipboard “was built in a world after Facebook.”

Based on Monday’s announcement, he says, Apple isn’t going the social route. Flipboard, then, will continue to serve as a repository of news as well as personal content, given that users can hook their social media accounts into the service in addition to “flipping” through content that Flipboard algorithmically surfaces.

The social element of Flipboard also lets users curate content into their own “magazines,” themed collections that can be paged through and shared with other users. Search for snowboarding or coffee on Flipboard, and the user finds content about those topics that other users have selected rather than things Flipboard has just tagged itself.

(Incidentally, that same line of thinking dominated Apple’s unveiling, later during the developer conference, of its streaming music service – Apple Music, a long-awaited result of the company’s acquisition of Beats. Apple plans to position it as a Spotify competitor/killer partly by relying on tastemakers and human curators.)

McCue stresses that his company enjoys a close relationship with Apple, that it has the ear of CEO Tim Cook as well as senior VP Eddy Cue. He expects both companies to have a productive working relationship on into the future and diplomatically acknowledges his respect of Apple “as a company that makes amazing devices and an OS.”

Aside from Apple, though, what about all those Flipboard acquisition rumors? While not addressing them head-on, McCue insists he’s building a company focused on product excellence that’s intended to last well into the future.

He says he’s heartened by recent metrics, as well as other things that could still break his and Flipboard’s way. Of people who use Flipboard seven days a week, he points out, engagement is up 50 percent over the last six months. He also refers to the industry estimate that advertisers globally will spend about $600 billion this year, while only 20 percent has moved online – an opportunity to capture more ad dollars for services like his.

McCue, meanwhile, wasn’t the only entrepreneur who watched Apple unveil a service Monday with echoes of an established competitor. “Oh ok,” was Spotify CEO Daniel Ek’s tweet, which he later deleted, in response to the unveiling of Apple Music.

Tom Conrad, Pandora’s co-creator and former CTO, tweeted a message to McCue in response to the Apple News launch: “Just remind the thousands of reporters who ask ‘what now?’ of all the terrible things that happened to Pandora when they copied us.”

By day’s end Monday, McCue had taken to Twitter himself with some closing thoughts of his own:

“One thing I’ve learned: It’s all about delivering for users, partners, customers. Everything else is just noise.”