Connecting my life: The smart home device that saved me from my puppy 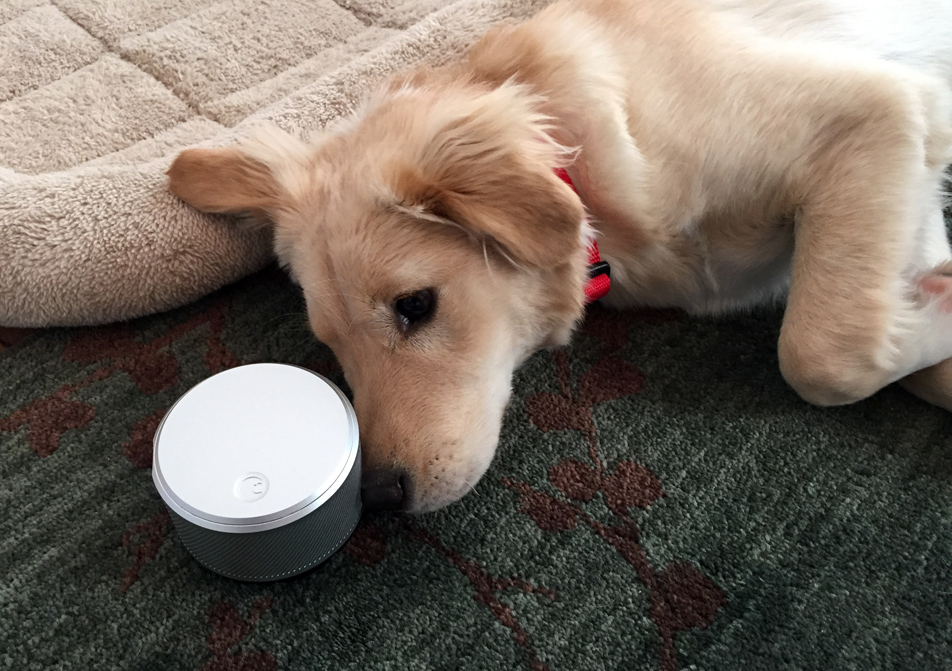 It turns out puppies pee a lot. I obviously knew this before we adopted our new puppy Oliver last month, but knowing it and having to take your puppy out 15 times a day while you’re trying to work are two entirely different things. As much as I love Oliver, springing him from his gated confines, putting his harness and leash on, and bringing him down two flights of stairs every 45 to 60 minutes is bothersome enough without also having to fiddle with keys and locks. There has to be a better way, right?

Of course there is.

Welcome to the age of the connected home, where smart devices can make any annoying task more tolerable. And yes, that includes taking my puppy out constantly so he can relieve himself without destroying my wood floors.

Enter August, the connected lock that made me fall in love with my puppy all over again.

First introduced in 2013, the August Smart Lock is as simple as it is brilliant. In a nutshell, the device replaces the indoor portion of your existing single cylinder deadbolt and gives your front door a brain.

August claims that the installation of its Smart Lock takes about 10 or 15 minutes. I’m not the handiest person in the world when it comes to home improvement projects, but that estimate was spot on for me; less than 15 minutes after opening the box, I had installed a fully functional Smart Lock.

So, what does a Smart Lock do, exactly?

Put simply, August’s Smart Lock and similar products are locks that can be opened and closed using a smartphone or a smart home hub. In the case of August’s solution, the lock is controlled with a smartphone using a Bluetooth connection rather than an Internet connection.

When your phone is close enough to connect to the lock, a simple tap of a button in the app will lock or unlock your door. You can also give “virtual keys” to friends and family, allowing them to unlock your door with their phones indefinitely or for a set period of time.

Alternatively, a $50 August Connect accessory connects your lock to your home Wi-Fi network so you can control it from anywhere in the world.

And the beauty of August’s solution is that the outdoor portion of your lock remains unchanged. The same key that opened your lock before will open it now. The only difference, of course, is that you no longer need a key — you only need your phone.

Beyond the simple fact that I no longer need to fiddle with keys each and every time I take Oliver out for a walk, two particular features of the August Smart Lock really shine for me.

The first is a feature called EverLock, which automatically relocks your door after a configurable time period when you unlock it. With this feature, I can swing the door closed behind me when I take Oliver out, and it will automatically lock itself 30 seconds later.

Next is the Auto-Unlock feature. This feature allows the app to set a 200-yard geofence around your home. Each time you leave the area the app remembers that, and then it automatically unlocks your door when you return home and get to your front door.

Auto-Unlock is still a beta feature, but I find that it works pretty reliably. It does drain my iPhone’s battery though, so I only enable it on occasion.

Raising a puppy isn’t easy, but the August Smart Lock has definitely helped address a major pain point. Now, if it could only clean up after Oliver when I walk him…

The August Smart Lock costs $249.95 on Amazon and it comes in four different colors.