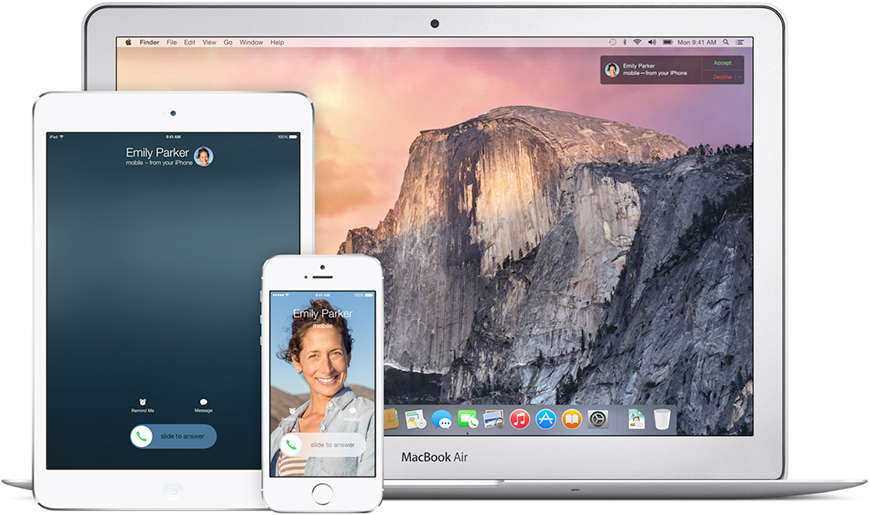 Sighs generally signal one of two things. Oftentimes, sighs are exhaled with exasperation, highlighting frustration or disappointment. But every so often, on days like Monday, sighs of relief bubble up.

For years now, I’ve relied on a MacBook of some description as my primary work machine. I typically have between 15 and 25 apps open, with many accomplishing something or another in the background. I know no foreign languages, but could probably quote at least four dozen OS X keyboard shortcuts on command.

I’m the definition of a power user, and I was starting to think that Apple was hanging guys like me out to dry.

You could say that it began with Apple’s pooh-poohing of the Mac Pro refresh. It felt like it took eons for the silver-clad Mac Pro to be replaced with its shiny successor, and all the while, OS X was seeing some of its most powerful (and likely infrequently used) features whittled away. Meanwhile, iOS was picking up more momentum in the marketplace, and it became obvious that the halo effect bringing folks into the Apple ecosystem wasn’t starting with the Mac — it was starting with the iPhone or iPad.

What happened next began to worry me. With each successive OS X refresh, it appeared that Apple was focusing intently on making OS X as much like iOS as possible. Which is a sound idea in theory, but in practice, iOS is far less capable at actually accomplishing work than OS X.

Nerdy things like X11 and native RSS preview in Mail were strangely kicked out with Mountain Lion, and in Mavericks, quick file tagging has been all sorts of borked. Most of all, it just felt that the list of changes happening in OS X paled in comparison to iOS. I get it — OS X’s smaller market share demands fewer engineering resources within Apple, but those same OS X users were the first ones to pony up gobs of cash to try the original iPod and iPhone before anyone else would give either a chance.

After this week’s WWDC 2014 keynote, I can safely say that I’m no longer concerned.

While software was the obvious focus of the event, I was stunned by just how much overlap there was in discussing new items for both OS X and iOS. At prior WWDC keynotes, the two operating systems were generally handled in silos. This year, each one had something to do with the other. The upside here is that Apple is seemingly bolstering each — the two are finally working together to smarten the sum, rather than OS X being dumbed-down to match the limits of iOS.

Apple actually concocted a name to describe a new OS X feature that enables tasks to be started on one’s iDevice and completed on one’s Mac. Perhaps most impressively, your Mac will soon be able to send text messages (as in, SMS, not just data-based iMessages or Google Chats) as well as answer phone calls. Yes, Google has accomplished similar with Android devices handing off these tasks to a Chrome browser, but Google doesn’t have the luxury of controlling every single aspect of the laptop that users are tapping into (Chromebooks notwithstanding). Apple, on the other hand, has the advantage of vertical integration — now that Handoff is a reality, the sky’s the limit as to what tasks can be shared, seamlessly, between iOS and OS X products.

To boot, Apple’s giving developers the keys to Handoff, enabling the protocol to be built right into third-party apps. This means that programs with OS X and iOS clients — even those that have zero affiliation with Apple — will support the feature. It’s one thing for Apple to introduce a long-awaited feature; it’s another thing entirely to also endow devs with the power to bake it into their own software.

Another standout item was the ability for AirDrop — Apple’s Wi-Fi Direct solution — to operate in a cross-platform environment. Previously, AirDrop only worked Mac-to-Mac or iOS-to-iOS. With OS X Yosemite and iOS 8, the two will finally be able to share files, contacts, and all sorts of digital matter. It’s a feature that should’ve been included with AirDrop from the start, but it’s telling that Apple would double back and include it now.

In fact, it feels as if Apple is letting its pride fall on a number of levels in order to add and improve features that users have wanted for years.

Heck, Apple even addressed the issue of never having shipped a portable Mac with an inbuilt SIM card. Thanks to Instant Hotspot, Macs running Yosemite will automatically search for nearby iPhones from which to borrow a cellular data signal, enabling a simplistic tethering process that even a novice user will have no issue mastering.

What I saw Monday was Apple using its iOS platform to support and strengthen the Mac. What I feared was Apple diminishing the OS X experience to the point where it was little more than a bolstered edition of iOS. Verbally, that’s a subtle difference, but practically, it’s massive. In a world where we’re doing more on mobile and leaning less on dedicated laptops, I’m thrilled to see Apple tipping its hat to those who still need a real operating system to do real work. Hopefully the momentum won’t soon let up.