A month with the iPad Air 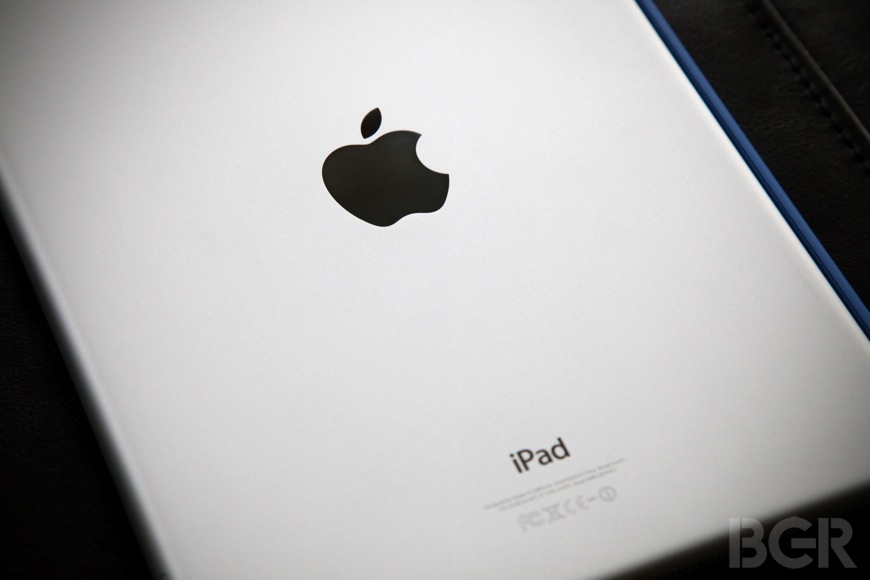 When Apple first introduced the MacBook Air, the world looked on in amazement. What kind of sorcery was this? How could Apple squeeze a 13-inch laptop into a case so remarkably slim and sleek? But now we’re spoiled. Making gadgets thinner and sleeker with each new iteration isn’t impressive anymore — it’s expected. Forget the R&D, engineering and technology involved, this year’s phones, laptops and tablets have to be thinner than last year’s models. And so when Apple unveiled its completely redesigned iPad Air, people weren’t nearly as impressed as they were with the MacBook Air back in 2008. While the impact of the iPad Air on consumers can’t possibly match the wow factor Apple achieved with the MacBook Air, those who think Apple’s latest full-size iPad is anything short of a huge step forward should think again.

Apple’s new iPad Air was released on Friday, November 1st, at 8:00 a.m. local time around the world. I leisurely strolled into a nearby Apple Store about 11 hours later after finishing work that day and picked mine up. There were no lines and while the Apple Store employee I dealt with told me that things had been “pretty busy” that day, she also said there were still plenty of iPad Airs left in stock.

Of course, iPad launches are quite different from iPhone launches. Supply of the iPhone 5s is just now beginning to catch up with demand as Apple’s manufacturing partner Foxconn churns out 500,000 new iPhone 5s handsets each and every day. But Apple’s iPads don’t draw the same kind of crowds. They still sell very well, of course — Apple sold 14.1 million iPads last quarter alone — but you won’t find people still lining up for a new iPad more than a month after it launches, as we did with the iPhone 5s.

That doesn’t make the devices any less impressive, though.

I have now spent a month with Apple’s new iPad Air. Prior to owning the Air, I had a third-generation iPad tablet; I didn’t bother upgrading to the fourth-generation model — though I have used it extensively — because it was a very minor upgrade compared to the third-gen version.

First and foremost, the new 9.7-inch iPad is absolutely worthy of the “Air” moniker, however much I dislike the name personally. Beyond the thin new case, the iPad Air is remarkably light. It’s pretty shocking, in fact. The tablet weighs between 469 and 478 grams depending on whether or not you purchase a model with a cellular radio, compared to the new Retina iPad mini’s 331-341 gram weight. But the Air actually feels lighter than the mini since the tablet’s heft is distributed across a much larger device.

Back to the weight, the new lightweight build of the iPad Air might not seem terribly significant on paper, but I assure you it is. The fourth-generation iPad weighed between 650 and 660 grams, making the new model 28% lighter than the iPad it replaces. Despite having the same gorgeous 9.7-inch Retina display, an overall footprint that is only marginally smaller than its predecessor and a battery that lasts even longer than before, the iPad Air weighs less than three-quarters as much as the fourth-generation iPad.

Holding the new iPad Air for long periods of time during use doesn’t cause any kind of fatigue in my experience. That’s not to say I struggled to lift last year’s iPad, or course, but there comes a point when holding any large device like a tablet that fatigue begins to come into play. With the iPad Air, I have not yet found that point.

I have always found the iPad’s 9.7-inch display to be much more useful than the 7- and 8-inch screens on tinier tablets, but the fact that smaller slates were also so much lighter gave them an appeal beyond their lower price points. With the iPad Air, that point in small tablets’ favor is almost completely erased.

The fourth-generation iPad was quite thin at just 9.4 millimeters but the iPad Air shaves a remarkable 20% off of the tablet’s depth. The result is a slate that is just 7.5 millimeters deep, which is thinner than several very popular smartphones such as the Galaxy S4, the HTC One, the Nexus 5 and the Galaxy Note 3.

In fact, the iPad Air is one-tenth of a millimeter thinner than Apple’s own iPhone 5s.

The new iPad’s thin aluminum case gives it a look and a feel that are simply unrivaled. No other tablet on the planet comes close to matching its fit and finish — not even the new iPad mini with Retina display, which feels very heavy for its size.

Just as impressive is the fact that despite its new thinner design, Apple’s fifth iPad lost no ground in terms of battery life. The Apple website says the iPad Air lasts for “up to 10 hours of surfing the web on Wi-Fi, watching video, or listening to music” per charge. I have not timed it, but with typical use that includes a fair amount of video streaming, I only have to charge the iPad Air once every few days. No other battery powered-powered gadget I own lasts as long on a charge as the iPad Air.

The other interesting thing about the iPad Air, to me at least, is the timing and significance of this update.

Apple’s iPad Air, on the other hand, is the biggest update we have seen since the third-generation iPad introduced the Retina display.

The iPad Air is noticeably better in every way compared to the fourth-generation model. It’s thinner and lighter than the previous iPad, the battery lasts longer, performance is much faster and smoother, and the design is far more attractive. Everything about the iPad Air is better.

Every new iPad so far has been the best iPad Apple has ever made at the time it launched. The same can clearly be said of the iPad Air, but the gap has widened. Apple’s new iPad Air is so much better than the fourth-generation iPad in so many ways that the old model seems antiquated after spending just 60 seconds with the Air.

The iPad Air is also a far better buy than the iPad mini with Retina display, in my opinion. Apple fans had been anxiously awaiting the Retina iPad mini ever since the first-generation model was announced but now that it’s here, it has been rendered a bit underwhelming by the Air. The few benefits that might be afforded by the device’s smaller size are overshadowed by the mini’s steep price, which comes in at just $100 less than comparable iPad Air models.

One thing the iPad Air is not, in my opinion, is a device that will push tablets any closer to replacing PCs for work. Many pundits make this argument repeatedly and obviously tablets can replace traditional work computers for some people, but we’re still not there as far as most users are concerned.

In the overwhelming majority of cases, PCs are still much better equipped to facilitate work. They’re faster, they run more complex software, they support real multitasking rather than just bouncing around between apps, they allow apps to exchange data far more easily, they allow software to perform any desired task in the background, and the list goes on. Additionally, OS X and Microsoft’s various Windows desktop operating systems feature user interfaces that are far better suited for a wide range of work environments.

The line between PCs and media tablets continues to blur with each new tablet generation, but we have a long way to go before that line is erased.

In the meantime, the iPad Air is undoubtedly among the best there is. All things considered, it is the best. Hands down.

From the design, materials and display to performance and app ecosystem, the iPad Air is the best. Not everyone wants to buy into Apple’s ecosystem and for those users, there are plenty of great Android options out there. A few Android tablets might even manage to rival the iPad Air in some areas — but none can match it across the board.