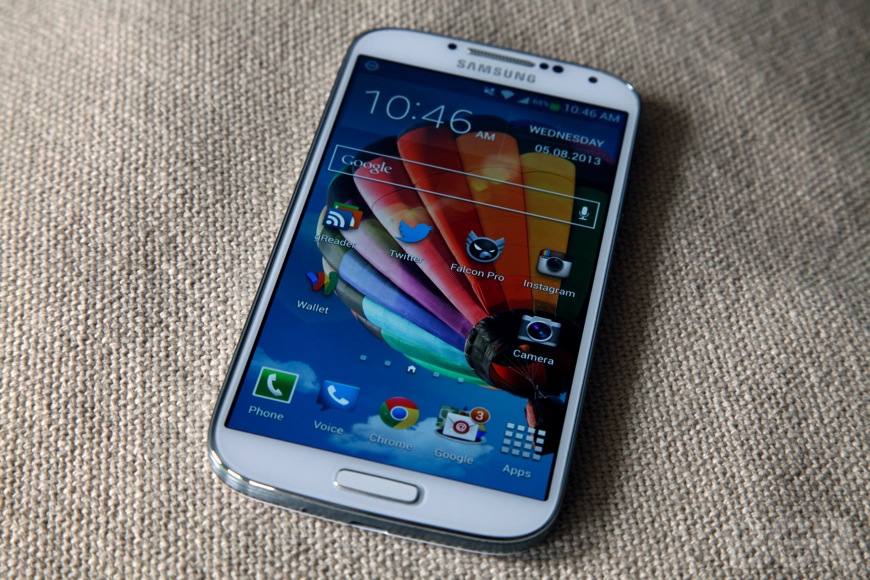 There’s a lot to like about Samsung’s flagship Galaxy S4 smartphone; it’s the fastest-selling Android phone ever for plenty of great reasons. As awesome as the phone is though, there are some things about it that are absolutely maddening. For me, Samsung’s keyboard might be my biggest qualm where core functionality is concerned, namely because it doesn’t support an auto-correct function. Luckily for users like me who can’t survive without auto-correct, there’s an easy (and free) way to fix this huge omission.

As terrible as some auto-correct implementations are — I’m looking at you, Apple — living without this crucial feature is far worse. Instead of auto-correct, Samsung’s keyboard tries to predict the words users type in a field above the keyboard and allows them to tap suggestions to insert the completed word. This is a great solution for some people, but for others it just doesn’t work as well as traditional auto-correct because it breaks the natural flow of typing on a smartphone.

The most annoying thing when it comes to the Galaxy S4’s keyboard is that Android 4.2 Jelly Bean’s stock keyboard is terrific and it features what is likely the best auto-correct performance on the market, but Samsung has removed it from the S4. Thankfully, third-party developers have come to the rescue.

There are plenty of third-party keyboards available in the Google Play store. Different users have different preferences, but I’m a fan of the stock Android 4.2 keyboard so I set out to find something comparable. As it turns out, Android developer VLLWP did something even better than build a comparable keyboard — it ported the Jelly Bean keyboard and made several improvements.

“Jelly Bean Keyboard” is a free app available in Google’s Android app store, and its name gives us a pretty idea of what we can expect — a new keyboard that looks and functions just like the stock keyboard in Jelly Bean. There are some differences, of course, and there are also a few enhancements. It also features a quick walk-through after it is installed that guides the user through the two steps that are necessary before it can be used: enabling Jelly Bean Keyboard and then switching to it as the device’s default keyboard.

The free app is ad-supported, though ads only appear on the keyboard’s settings page so they are not obtrusive at all. Jelly Bean Keyboard also supports various different languages, emoji, themes and a variety of advanced settings. A paid “Pro” version of the app is also available and it removes the ads while adding features like more themes, new customization and layout options, and gesture support. It allows users to add a row of numbers above the standard keyboard layout as well, which is the one thing I missed from Samsung’s Galaxy S4 keyboard while testing the free version of the app.