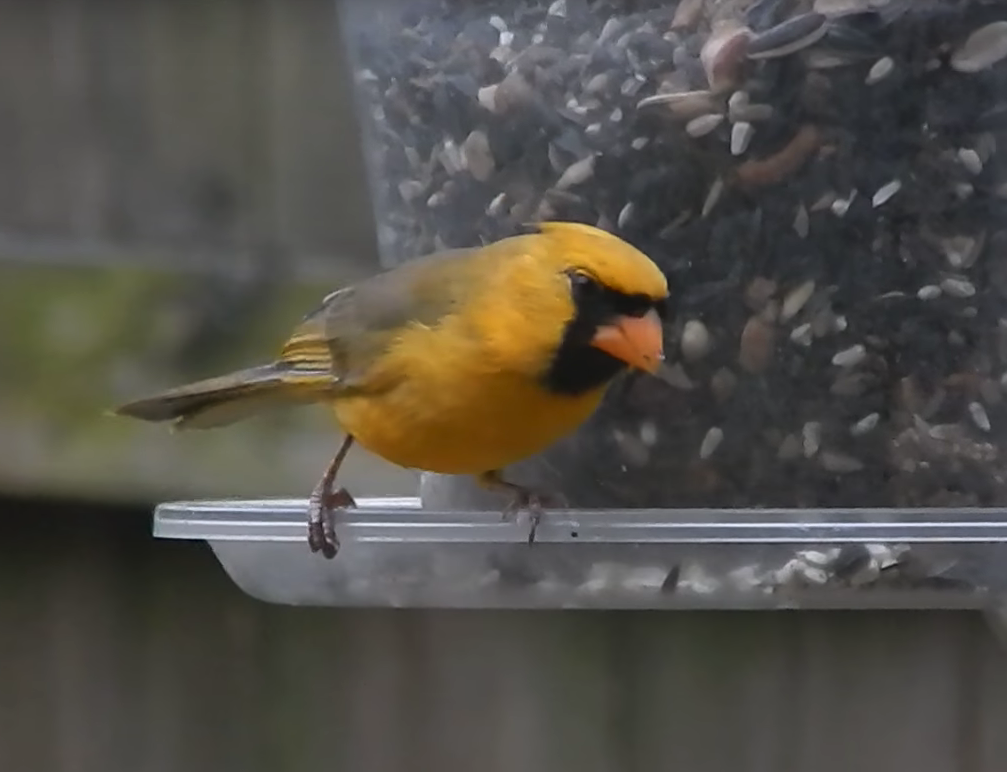 It’s not often than a single wild bird can cause a stir within the birdwatching community but that’s just what one very special cardinal has managed to do in Alabama. An incredibly rare yellow cardinal has been spotted around Shelby County, and it’s such a bizarre treat that birdwatchers are making the trip just for the chance to catch a glimpse of it.

The bird, which appears totally normal aside from it’s bold coloring, was first seen by local residents who were having a hard time figuring out exactly what it was. Its golden feathers are a whole lot different from the typical crimson that cardinals are known for, and wherever it goes it manages to draw some attention. The creature has been photographed and captured on video a number of times since early February, and researchers say the peculiar mutation is a one-in-a-million occurrence.

“I’ve been birdwatching in the range of cardinals for 40 years and I’ve never seen a yellow bird in the wild,” Geoffrey Hill, a biology professor at Auburn University, told AL.com. “I would estimate that in any given year there are two or three yellow cardinals at backyard feeding stations somewhere in the U.S. or Canada.”

Local residents have been taking up posts on their porches in the hopes of spotting the unique bird as it feasts at bird feeders around the county. Some locals who have noticed the bird on their backyard feeders are keeping their addresses a closely-guarded secret for fear that bird watchers will show up by the dozens in hopes of spotting it.

This morning I had the opportunity to photograph this rare cardinal in Alabaster, AL. This yellow cardinal displays a rare mutation that blocks the production of red pigment.@WVTM13 @WBRCnews @abc3340 @spann @aldotcom @ALWildlifeCtr @InstagramBham @BhamAudubon @audubonsociety pic.twitter.com/hihaUwZvFK

“Every time I watch the bird feeder, I can see him,” Charlie Stephenson, a Shelby County resident, told AL.com. “The cardinals in my back yard typically come in the morning and again in the evening and I can only bird-watch on weekends until the time changes, but on weekends, I’ll sit there and watch for him.”

Stephenson says she spots the bird at least once a day, and she’s also the one who captured the best video of the bird so far. Given the bird’s celebrity status, this definitely won’t be the last we see of it.