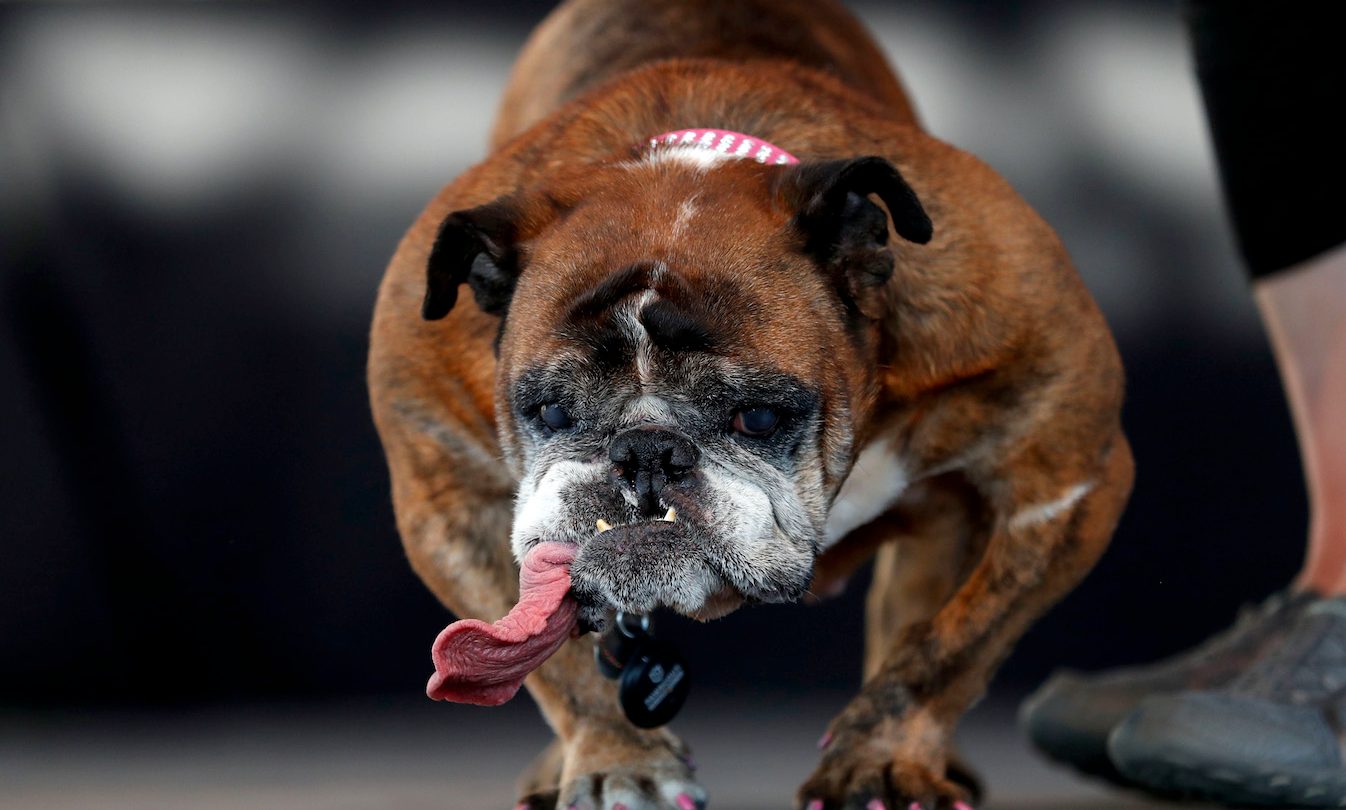 They say that beauty is in the eye of the beholder, and by “they” I mean someone said that once and now everyone says that for some reason. Despite aesthetic appeal being entirely subjective, the World’s Ugliest Dog competition at the Sonoma-Marin fair in Petaluma, California, has become a popular annual event where judges count crooked teeth, skin folds, and droopy tongues to determine the most hideous family pet.

This year’s winner, a 9-year-old English bulldog named Zsa Zsa, isn’t exactly the kind of canine you’d expect to see on a pet food commercial. She’s a hulking little beast with a severe underbite and a tongue that defies the laws of physics. She’s ugly, and she’s also absolutely adorable.

According to Zsa Zsa’s owner, a Minnesota woman named Megan Brainard, the pup’s life has been anything but easy. Zsa Zsa spent the first half decade of her life at a puppy mill before eventually being taken in by a pet rescue organization. Brainard found Zsa Zsa online and adopted her. Taking the stage in a pink studded collar and painted toenails, the pleasant pooch bested 13 other contestants and took home the title.

“From the moment we saw her beautiful face, we knew we would be her forever home,” Brainard said following Zsa Zsa’s win. “We are so excited for her, she deserves this.”

The lighthearted contest — and other “ugly pet” events conducted around the world — has plenty of critics. Some argue that competitions like this glamorize poor breeder practices, such as the selective genetics that have given Zsa Zsa her bowlegged stance.

The organizers and fans of the event see it much differently. The judges say that the contest is an opportunity to show everyone that even “ugly” animals deserve lots of love and attention, and that heading to your local humane society of shelter might is a great alternative to shopping for a purebred pup from a breeder.

Zsa Zsa obviously has a very loving owner and is living a life that many dogs would envy. Life may have handed her a mixed bag, and her lengthy stint in a puppy mill is something no pup should have to go through, but now she’s an award-winning example that even ugly is beautiful. Belly rubs all around!