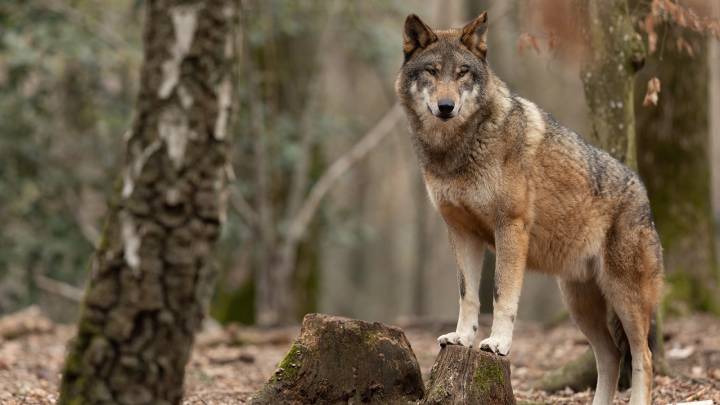 In many U.S. states, deer are everywhere. In Wisconsin, where I live, you don’t have to drive far out of town in the evening before spotting a group of whitetails running through a field or, unfortunately, across the road. Approximately one million collisions between vehicles and various forms of wildlife happen each year, and deer make up a big chunk of those accidents. But we can’t just get rid of deer, so how do we get a handle on the problem? Just add wolves.

New research from a team of scientists studying wolf populations in Wisconsin found an incredible correlation between the presence of wolves and the number of collisions between vehicles and deer. When there are more wolves in an area, motor vehicle accidents involving deer go down dramatically, and not because the wolves are thinning the numbers of the animals themselves. It’s an incredible finding that could help to reduce the number of deer-vehicle accidents in Wisconsin and elsewhere, and save lives in the process.

Approximately 200 people across the United States die every year due to collisions between motor vehicles and deer. Reducing those accidents, and the resulting injuries and deaths is a complex problem. The researchers in this new study found that one way to do it may be to ensure wolf populations are healthy in areas where they can thrive. And it’s not necessarily about thinning the population of the deer, but rather sowing fear in the animals and forcing them to remain alert.

“In a pretty short period of time, once wolves colonize a county, deer-vehicle collisions go down about 24%,” said Dominic Parker co-author of the study published in Proceedings of the National Academy of Sciences said in a statement. “When you have a major predator around, it impacts how the prey behave. Wolves use linear features of a landscape as travel corridors, like roads, pipelines and stream beds. Deer learn this and can adapt by staying away.”

This makes a lot of sense. Any prey animal would begin to grow comfortable and perhaps even “lazy” if its predators disappeared. These animals might grow more casual with regard to what they perceive as dangerous, and their untested senses could dull as a result. A fearless deer is a dangerous deer, and when one of them wanders onto a road without a care in the world, it could end up on someone’s hood, injuring or killing them in the process.

By introducing wolves to an area where there are deer, the prey animals must remain on alert or perish. This could mean they are less likely to venture onto an unfamiliar area, like a country road. If they do wander out, they may be more likely to flee at the slightest sign of danger, like a speeding car.