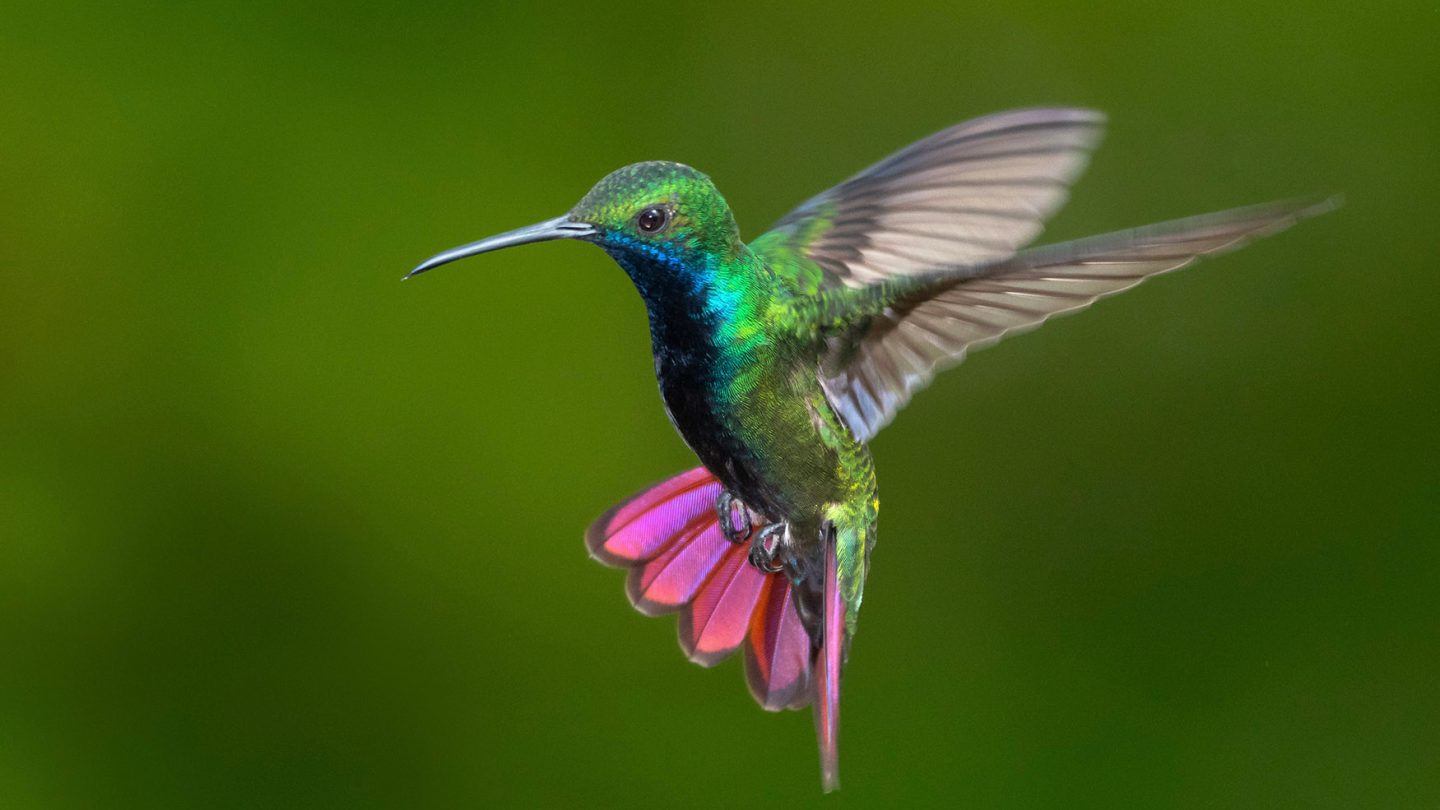 Of all the birds on this planet, hummingbirds are one of the most unique and, dare I say, charming. Even if you live in an area with hummingbirds, actually seeing one can still be an extremely rare sight. You can boost your chances by putting out hummingbird feeders, which are basically fake flowers filled with a sugary mixture, but that’s no guarantee of actually seeing one. When one swoops in, however, you’ll definitely know it thanks to the bold humming sound it produces as its wings flap so fast they’re little more than a blur.

You might not have ever wondered what exactly produces the humming sound. I mean, the birds’ wings move super fast, but what are the actual mechanics behind the generation of the sound? That’s exactly what scientists wanted to figure out, and in a new study published in eLife, a team of researchers has explained it in detail for the first time.

One of the big challenges in decoding the hum of a hummingbird is the fact that its wings move so incredibly fast. You need some pretty fancy equipment to actually study the birds with any degree of accuracy, but researchers at Stanford were able to design a system comprised of microphones, cameras, and pressure sensors that are sensitive enough to detect the air pressure changes created by the flapping wings. This allowed them to generate a “3D acoustic model” that finally revealed the secrets of hummingbird hums.

The hum is generated from “the pressure difference between the topside and underside of the wings, which changes both in magnitude and orientation as the wings flap back and forth,” a press release accompanying the study explains. Larger birds might produce a “whooshing” sound when they fly, which is created by the powerful but slow flapping that keeps them aloft, Hummingbirds hum because their wings move so fast that there is pressure on both the upstroke and downstroke of the wing, allowing the bird to hover but also blurring the sound of each flap into a hum.

“This is the reason why birds and insects make different sounds,” David Lentink, co-author of the study, said in a statement. “Mosquitoes whine, bees buzz, hummingbirds hum, and larger birds ‘woosh’. Most birds are relatively quiet because they generate most of the lift only once during the wingbeat at the downstroke. Hummingbirds and insects are noisier because they do so twice per wingbeat.”

The researchers say that while the study’s findings are interesting on their own, they might also be applied to future technology like new drones that are quieter as they cruise through the air. Of course, since some hummingbirds can beat their wings up to 80 times in a single second, it’s unlikely that we’ll see a drone capable of mimicking these quirky birds anytime soon.