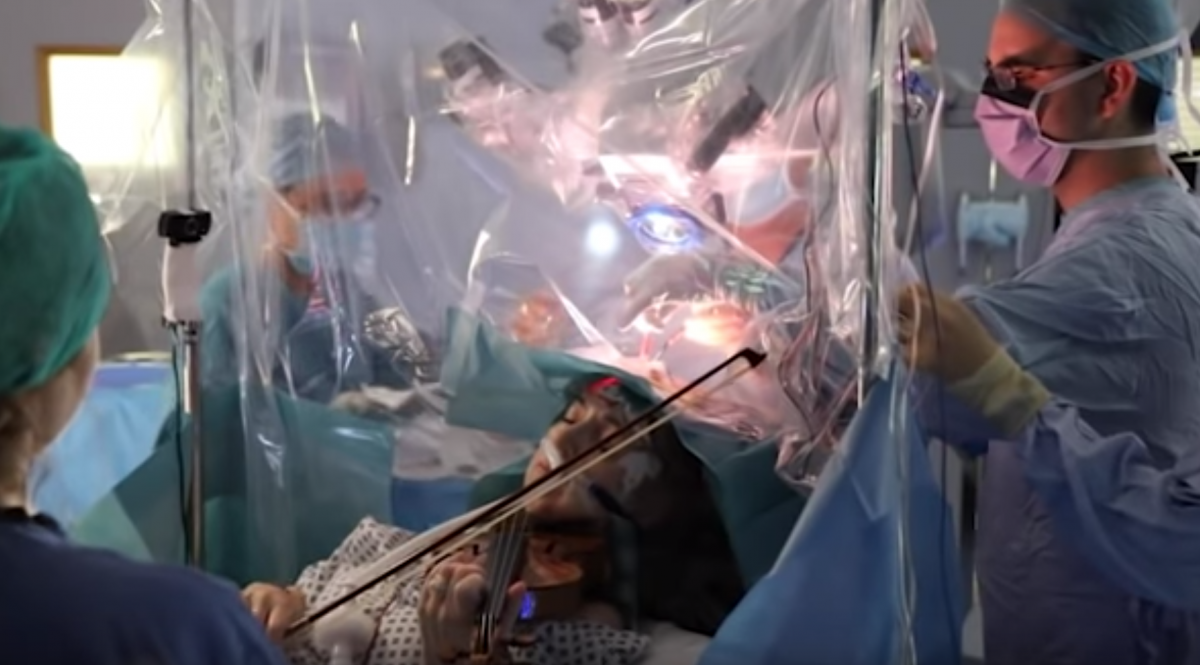 The brain is a complicated organ, and when surgeons are tasked with removing dangerous brain tumors they have to be incredibly careful not to cause unintended damage. For Dagmar Turner, a 53-year-old tumor patient at King’s College Hospital in London, ensuring that she could continue to enjoy her passion for playing the violin, that meant demonstrating her musical talents for the surgical team as they were performing their operation.

In Turner’s case, the tumor the doctors were targeting happened to be near her right frontal lobe. That’s a tricky area to operate on, as removal or damage to certain brain structures could cause a loss of fine motor skills. That’s where the violin came in.

By allowing Turner to remain awake and alert enough to play her violin during the operation, the surgeons could be certain that they weren’t impacting any areas of her brain that were being actively used. It’s a technique that has been used before, and it proved to be useful in this case as well.

“We knew how important the violin is to Dagmar so it was vital that we preserved function in the delicate areas of her brain that allowed her to play,” Professor Keyoumars Ashkan of King’s College Hospital said in a statement. “We managed to remove over 90 percent of the tumour, including all the areas suspicious of aggressive activity, while retaining full function in her left hand.”

As the doctors explain, brain surgery is often accompanied by some kind of activity, such as the patient speaking or answering questions as the surgeons do their work. In this case, since the violin was such an important part of Turner’s life, it made sense to have her play during the operation.

The surgery was a success and Turner says she now hopes to return to playing with the Isle of Wight Symphony Orchestra as soon as her recovery is complete.