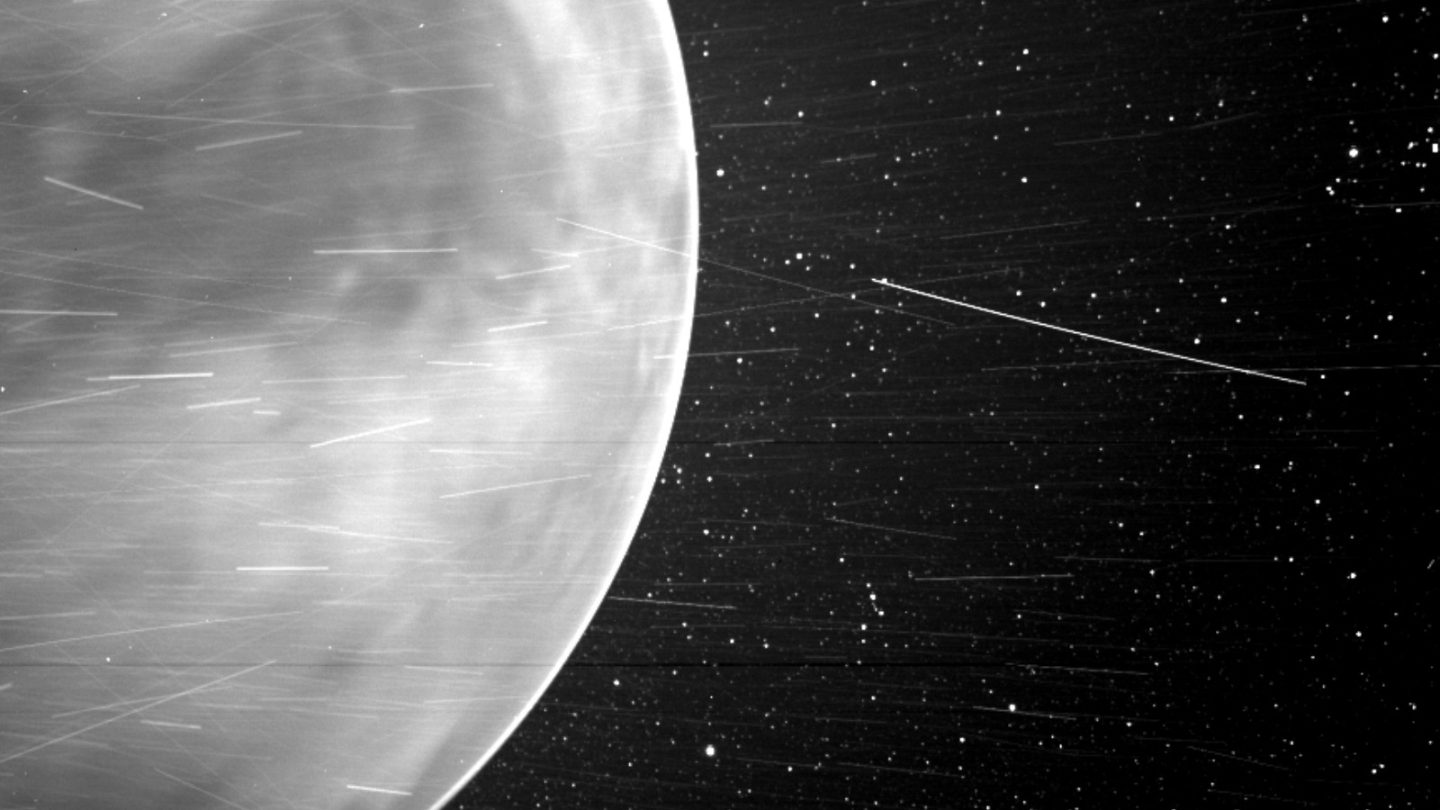 Venus is one of the closest planets to Earth in orbit around the Sun — the other being Mars, of course — but it’s still incredibly mysterious. Its surface is shrouded in thick clouds and temperatures there are hot enough to incinerate you in an instant. Its beefy atmosphere is much denser than that of Earth and is almost entirely carbon dioxide. Studying it has proven difficult for astronomers, but NASA’s Parker Solar Probe recently gathered some incredible data from Venus without even trying.

In a new paper published in Geophysical Research Letters, NASA scientists explain that a flyby of Venus by the solar probe back in July of 2020 resulted in the probe’s FIELDS instrument picking up a signal that wasn’t expected. The probe was making a routine pass of the planet, which it had already done twice before, and this time the instrument designed to measure the Sun’s extreme electric and magnetic fields picked up something from Venus. It was a low-frequency radio signal, but NASA wasn’t able to identify it right away.

In a press release accompanying the new paper, NASA’s Glyn Collison of the Goddard Space Flight Center explains that he spent a day wondering what the source of the radio signal could be. “Then the next day, I woke up and I thought, ‘Oh my god, I know what it is!'” Collison said. He realized that the radio signal looked a lot like the data that was returned by NASA’s Galileo orbiter as it passed through the ionosphere of Jupiter’s moons. The signal must have been created as the Parker probe cruised through the ionosphere of Venus.

By converting the radio signal into sound, we get to hear the soft song of Venus’s ionosphere. NASA Goddard published this video, and it’s amazing. Hear it for yourself:

The data sonification in the video translates data from Parker Solar Probe’s FIELDS instrument into sound. FIELDS detected a natural, low-frequency radio emission as it moved through Venus’ atmosphere that helped scientists calculate the thickness of the planet’s electrically charged upper atmosphere, called the ionosphere. Understanding how Venus’ ionosphere changes will help researchers determine how Venus, once so similar to Earth, became the world of scorching, toxic air it is today.

The Parker Solar Probe’s primary mission is to study the Sun, but as it uses Venus to help direct it for closer and closer passes of our star, it’s learning a lot about the planet as well. Images captured by the probe show Venus in a way that we’ve never seen before, and this latest discovery of a radio signal beaming through the upper atmosphere of the planet is just icing on the cake.