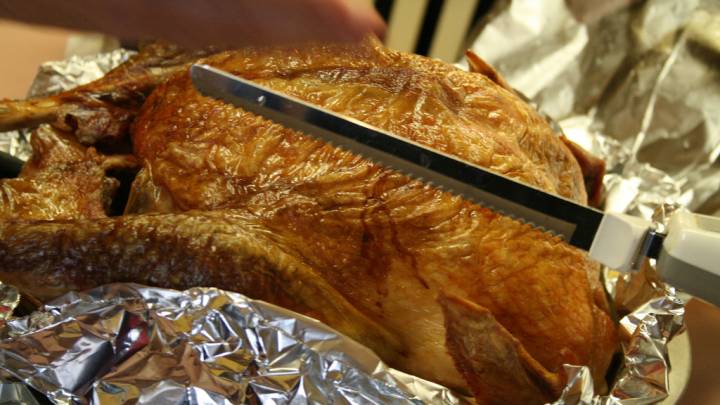 Thanksgiving is rapidly approaching which means family gatherings, lots of laughter, and of course the traditional consumption of one particular kind of bird. But while you’re making plans to whip up the most impressive turkey dish you can muster, remember that the Centers for Disease Control and Prevention are still working on a nearly year-long investigation into a turkey salmonella outbreak that has already claimed at least one life and left over 150 sick.

In a new update to its ongoing report, the CDC reveals that a further 74 confirmed cases of salmonella have now been added to the case, bringing the total number of infections to 164 spanning 35 states.

The CDC report describes the salmonella strain as “multidrug-resistant,” which isn’t great news for anyone who inadvertently consumes contaminated turkey. The outbreak, which began around November 20th of last year, has sent at least 63 people to the hospital and claimed at least one life.

“The outbreak strain of Salmonella Reading is present in live turkeys and in many types of raw turkey products, indicating it might be widespread in the turkey industry,” the CDC says in its update. “CDC and USDA-FSIS have shared this information with representatives from the turkey industry and asked about steps that they may be taking to reduce Salmonella contamination.”

The slowly spreading outbreak hasn’t been linked to any one supplier, but the CDC notes that this particular strain has already been found in live birds as well as turkey products and even pet food containing turkey.

As the investigation continues health officials are surveying everyone who became infected to get a better idea of what they ate, when, and where they purchased the turkey. The CDC is urging consumers to be especially mindful of safe food practices when dealing with turkey, which means ensuring raw turkey is thoroughly cooked and preventing uncooked turkey from touching anything that can’t be thoroughly sanitized before coming into contact with other food products or utensils.

So, if you were planning on trying some exotic turkey cooking technique this year it might be best to play it safe and just cook the living heck out of it, lest you or your family come down with a nasty illness for the holidays.