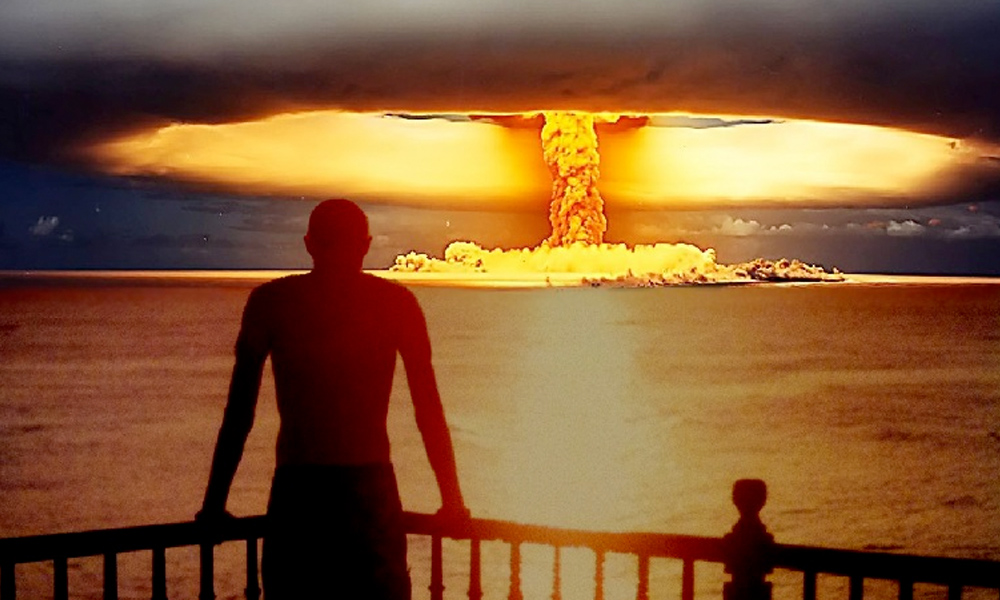 North Korea might have nuclear-tipped ballistic missiles at its disposal, and the President of the United States is talking smack to its leader like some kid on Xbox Live. It’s a scary time, and as much as we’d all like to think that anti-missile defense systems could spring into action at the first hint of a launch, you should still probably brush up on your nuclear blast survival knowledge. Here’s how to protect yourself if the absolute worst does indeed happen.

It’s important to realize that if a nuclear missile were headed for the United States mainland from North Korea specifically, we’d likely know about it roughly a half hour to an hour before it actually struck thanks to the time it would take for the weapon to travel, and depending on the target. If a warning is issued, these are your top priorities:

When choosing your post-apocalyptic home it’s important to avoid primarily wooden structures and any rooms that include an outer wall. A conference room in the center of an office high-rise will provide multiple times more fallout protection than the corner office. Brick and/or concrete are a bonus.

When the bomb strikes, well, that’s when things will get interesting. If this happens, your to-do list is as follows:

Obviously, if you’re within a mile or two of the impact point there’s very little that you can do to save your own life. Those already underground will stand the best chance of survival.

The immediate aftermath of the blast will be the most trying time for most survivors. Panic will set in and the instinct to flee will be strong, but staying put will give you the best chance of survival. Here’s how to handle the minutes, hours, and days to come:

Nobody ever wants to have to use this kind of information, but it’s better to have it and not need it than need it and not already know it, right?

how to nuclear attack nuke survival