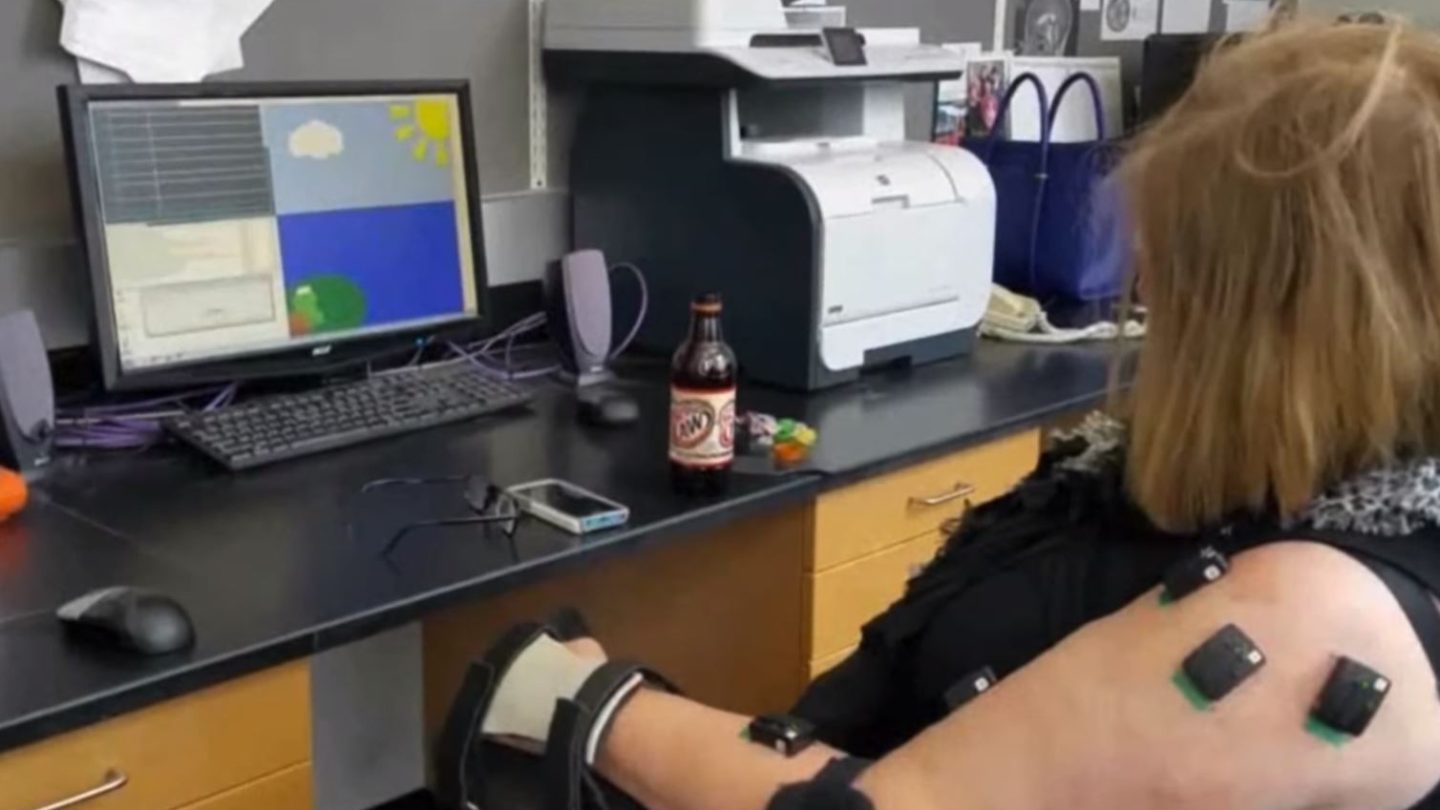 Most people play video games for their entertainment value or simply to kill a bit of time, but games have also proven useful in a variety of medical contexts. Customized interactive digital experiences have helped patients battle symptoms of PTSD and even train doctors to be better at their jobs.

Now, researchers from Northwestern Medicine have developed a retro-styled arcade game designed specifically for stroke survivors. The game, which has since been tested on over 30 volunteers, has demonstrated its effectiveness at promoting muscle control and increased mobility in individuals who suffered reduced mobility for decades.

The scientists developed a specialized device called a myoelectric computer interface that pairs with a simple video game that requires players to move a cursor to a specific point on the screen.

Stroke victims who have decreased mobility in their arms typically suffer from a loss of control over their arm muscles. When they attempt to move their arms the muscles in the limb tend to fight against each other leading to a condition called co-activation or co-constriction.

Researchers isolated the muscles responsible for this condition in each participants and then monitored the electrical muscle triggers being sent from the brain. They used that information as an input for the game, retraining the participant’s brains to activate muscles independently. This is called “decoupling” and it’s crucial to a stroke victim regaining mobility in their limbs.

What the team found was that after completing a session with the game, participants demonstrated increased mobility in their retrained limbs. Most volunteers who participated in the experiment continued to demonstrate increased arm mobility even a month later.

“The beauty of this is even if the benefit doesn’t persist for months or years, patients with a wearable device could do a ‘tune-up’ session every couple weeks, months or whenever they need it,” Dr. Marc Slutzky, senior author of the study, said in a statement. “Long-term, I envision having flexible, fully wireless electrodes that an occupational therapist could quickly apply in their office, and patients could go home and train by themselves.”

A single training session takes as little as an hour and could provide huge benefits to stroke patients. Going forward, similar applications could be provided to victims shortly after their stroke to enhance recovery and rehabilitation.