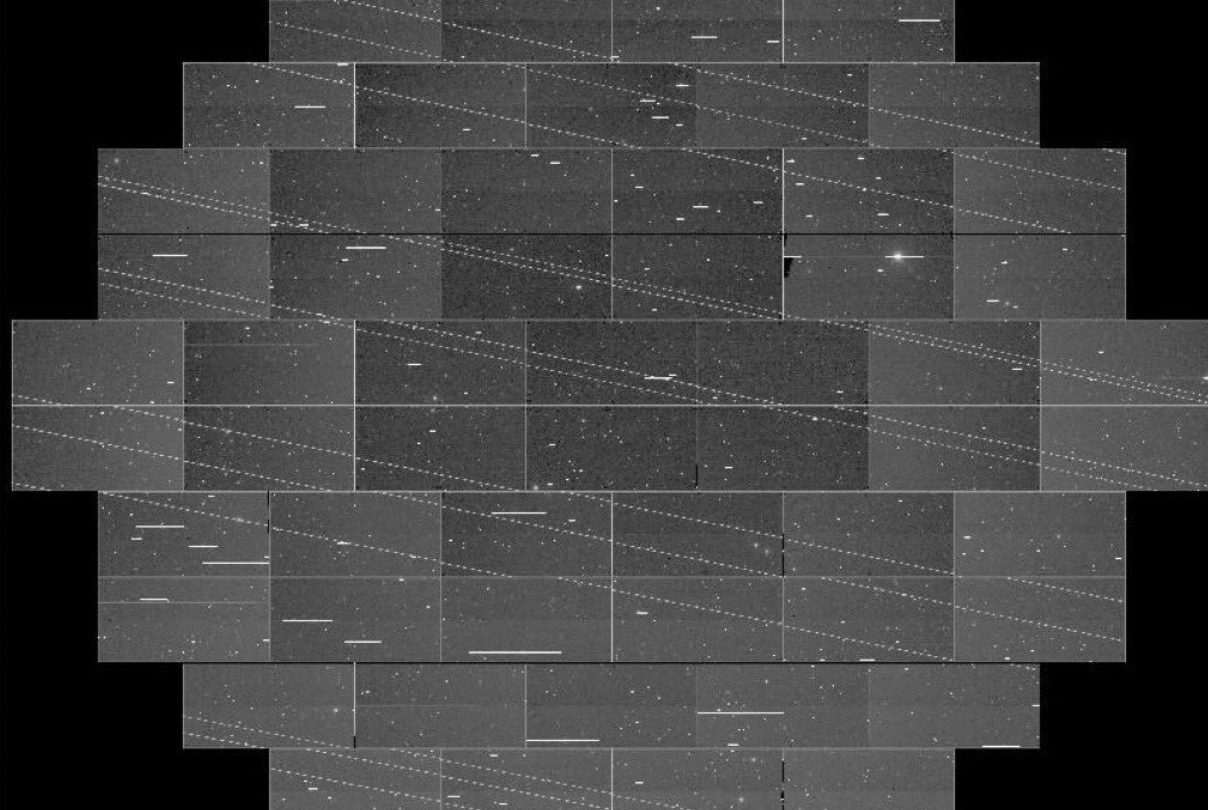 SpaceX has done a lot to help scientists over the years. It’s a business, first and foremost, but by lowering the bar for satellite launches it has facilitated research that might not otherwise have been possible. Unfortunately, the company’s Starlink project is doing the exact opposite by hindering the ability of astronomers to observe the cosmos.

Starlink is SpaceX’s communications project that aims to provide satellite internet access to just about every corner of the globe. It could be a big deal, but it’s going to require many, many satellites. In fact, “many, many” is underselling things a bit.

SpaceX imagines that as many as 42,000 individual satellites may be launched as part of the project. Thus far, 122 of them have been deployed, and they’re already causing a major headache for scientists that gaze skyward.

Ground-based telescopes using long exposure times to get a clear image of distant constellations also sometimes spot satellites as they pass by. One or two satellites transiting the area isn’t normally a huge problem, but dozens, hundreds, or tens of thousands of them? It’s an issue.

A series of tweets this week from astronomers paints a vivid picture of how dramatically SpaceX’s Starlink hardware can affect telescope observations. Clarae Martínez-Vázquez, an astronomer with the Cerro Tololo Inter-American Observatory, voiced her dismay at the satellites contaminating the images.

An array of images captured by the DECam dark energy camera show how just 19 Starlink satellites can ruin an image. The frame is completely covered in bright streaks that represent individual satellites.

Remember, there are only just over 100 of these satellites in Earth orbit right now, but there may eventually be 42,000 of them. It’s not difficult to see the potential for Starlink to hinder scientific research efforts.

SpaceX, for its part, says it is open to finding a solution that will allow it to launch as many satellites as needed without hindering observations. One proposed fix is covering the satellites in non-reflective black paint, though that hasn’t been firmly decided on as of yet.