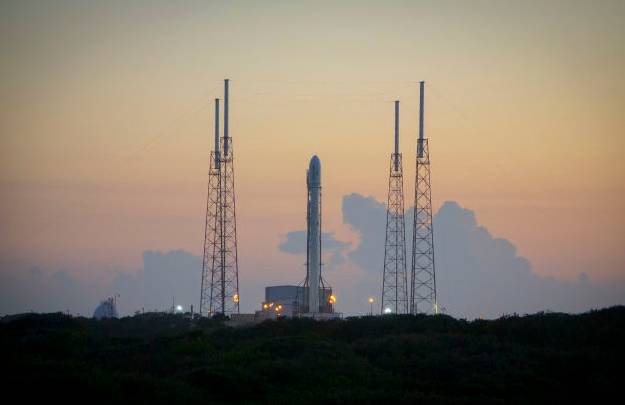 With more than a handful of successful launches under its belt, SpaceX’s repeated trips to resupply the International Space Station have become somewhat routine, but today’s mission is still pretty special. Scheduled for 5:55 PM EDT, SpaceX will launch a previously-flown Dragon cargo ship to the space station for the very first time, and it’s filled with all kinds of fancy equipment and, perhaps most interestingly, living creatures. You can watch it happen live right here.

The refreshed cargo ship, being used for a second time, will be toting approximately 6,000 pounds of materials and supplies to the ISS. Included in that are 40 live mice and thousands of tiny fruit flies, which will be used in various scientific observations and testing, as well as new telescopes that will set their sights on nearby neutron stars.

Departing from NASA’s Kennedy Space Center in Florida, the mission will be the 100th launch from the facility’s LC-39A launchpad. After it has done its job pushing the Dragon cargo craft into space for about ten minutes, the first stage of the Falcon 9 reusable rocket will attempt a landing at Cape Canaveral Air Force Station, on SpaceX’s LZ-1 landing zone.

The live feed of the event will be streamed online via SpaceX’s YouTube channel, which is embedded above. The stream should go live shortly before launch. If the weather doesn’t cooperate — thought right now it appears to be hanging in there — the backup launch window is set for Saturday, June 3rd at 5:07 PM EDT.