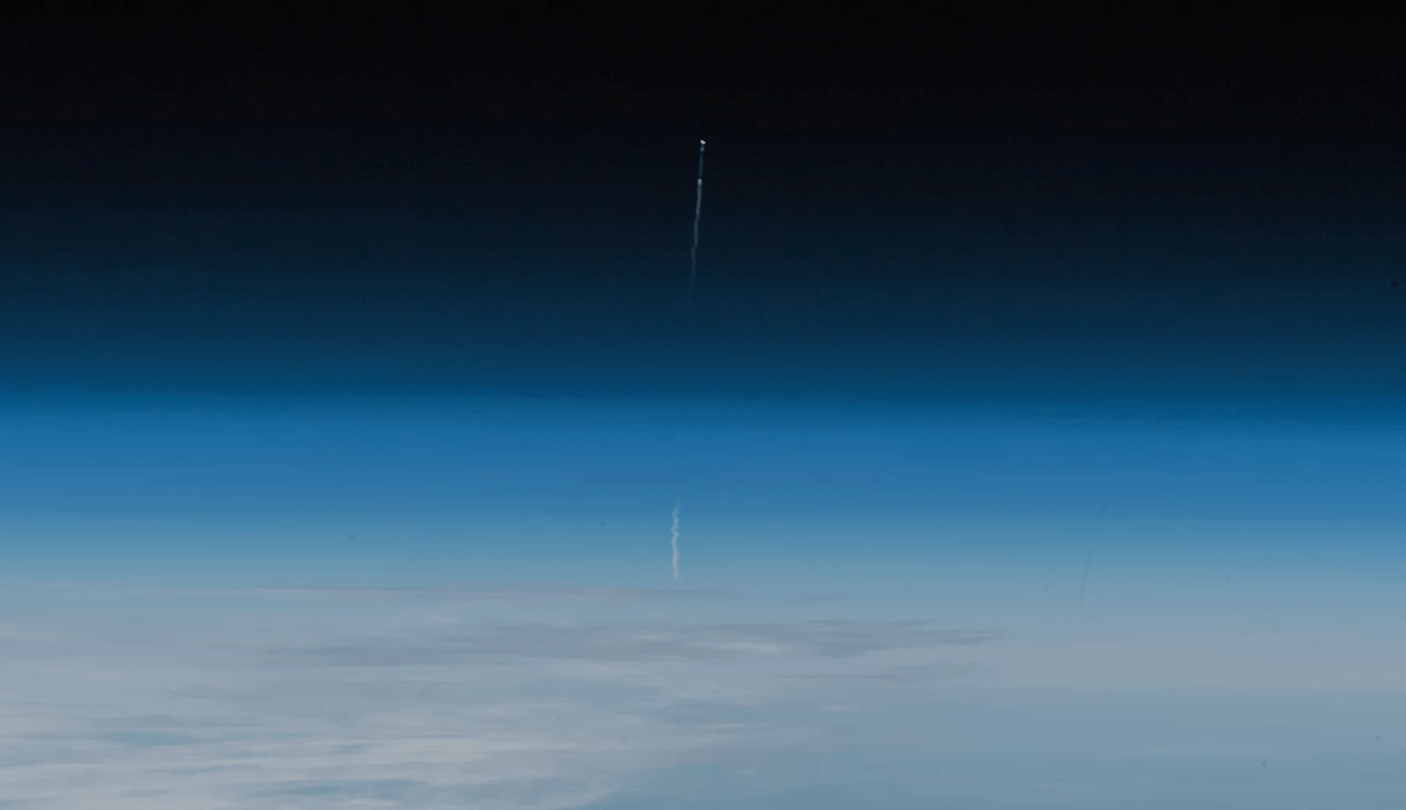 Traveling to the International Space Station is a pretty special thing that only a very select group of people will ever have the opportunity to participate in. So, when astronauts aboard the ISS are eagerly awaiting the arrival of new crew members you can bet that they’re keeping a close eye on the launch from their birds-eye view in Earth’s orbit.

This week’s rocket launch on a Roscosmos Soyuz rocket didn’t exactly go as planned. The crew was forced to abort the flight after the rocket failed and, while the capsule containing the travelers managed to drift back down to Earth in once piece, the crew of the ISS caught a glimpse of the failed mission as it fell apart.

“Glad our friends are fine,” astronaut Alexander Gerst says in a caption he posted along with the photo on Flickr. “Thanks to the rescue force of over 1000 search and rescue professionals! Today showed again what an amazing vehicle the #Soyuz is, to be able to save the crew from such a failure. Spaceflight is hard. And we must keep trying for the benefit of humankind.”

The ISS crew was getting regular updates on the mission, as you’d expect, and learned about the rocket failure just shortly after it happened. Updates from the ground let them know their peers were safe once rescue crews made it to the site of the capsule’s touchdown.

It’s amazing that the two-man rocket crew landed safe and sound but this whole episode does put the current ISS crew in a bit of an odd spot. The three men are scheduled to return to Earth by the end of 2018, meaning that, if the investigation into the rocket failure and any subsequent changes aren’t completed by that point the ISS will be left empty for who knows how long.

That’s obviously not the fault of the ISS crew, and the space station can carry on without people aboard for however long it needs to, but it would be the first time the space station was left without a crew in a very long time.