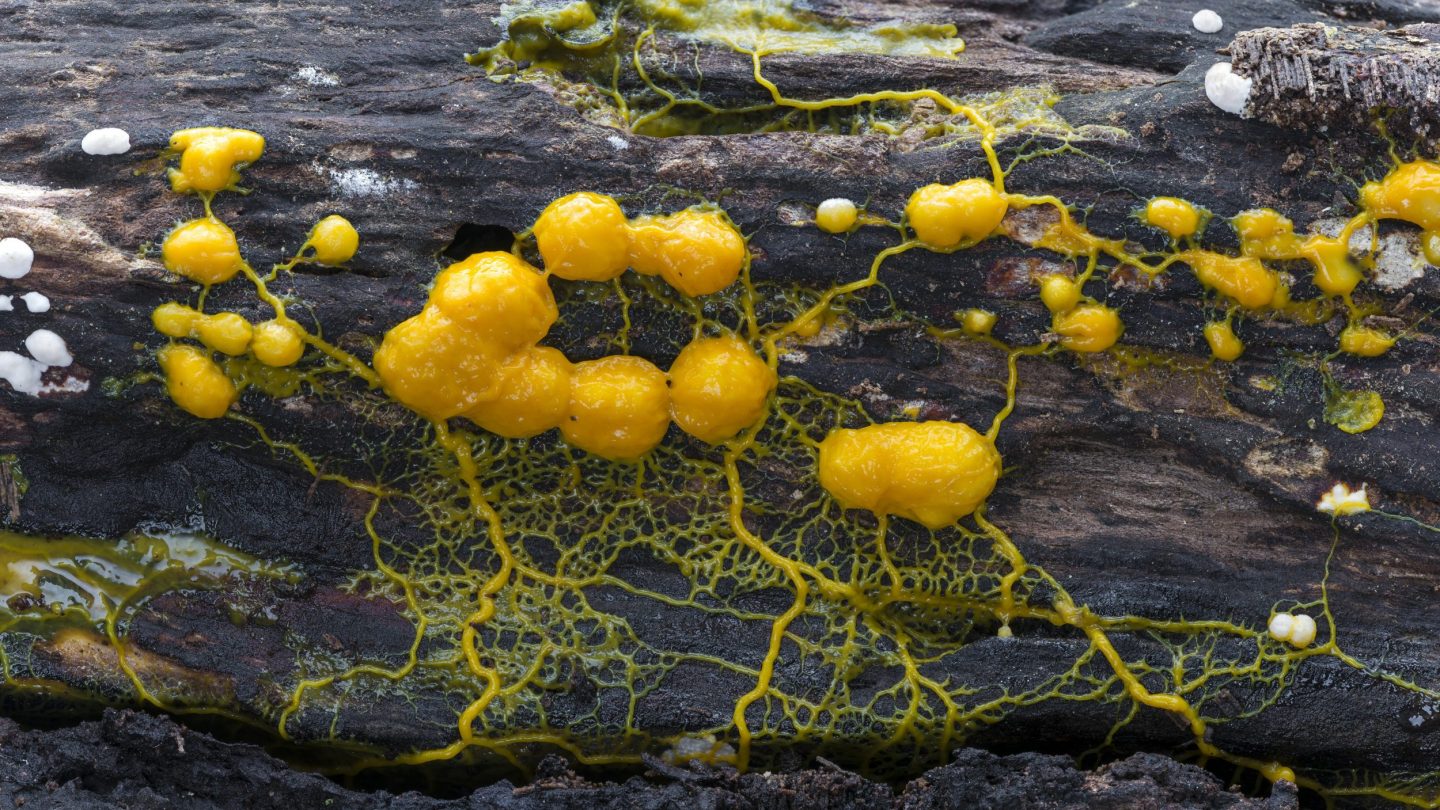 If you find yourself at the Paris Zoological Park this weekend you might come across a creature you wouldn’t normally expect to see on display. It’s not a plant or an animal, and it doesn’t have a brain, but it does demonstrate shocking levels of intelligence. It’s a slime mold nicknamed “the Blob,” and it’s incredibly cool.

Slime molds are one of nature’s most enduring mysteries. Operating like a tiny community of individual organisms working toward a single goal, slime molds spread across a surface in search of food which it digests and uses as fuel. There are nearly a thousand different known species, and they come in many shapes and sizes.

Classifying slime molds has been incredibly difficult for scientists because they’re unlike anything else on Earth. They’re not technically fungi, but they’re also don’t fit well into the animal realm. They have no brain, but are capable of learning and reacting to changes in their environment.

One famous slime mold experiment was conducted using a map of the Tokyo railway. Researchers placed food sources at the various station locations on the map and placed a slime mold in the center. As the slime stretched out in search of food, it formed a network between the food nodes that was actually more efficient than the real railway layout of the city.

Exactly how the mold does this and what processes are at work on a microscopic scale aren’t well understood, but the observations and experiments don’t lie. Slime molds are undeniably interesting, and while you probably won’t catch a whole lot of action if you choose to stop by “the Blob” in Paris, you’ll still get to observe one of the most interesting wonders of the natural world.