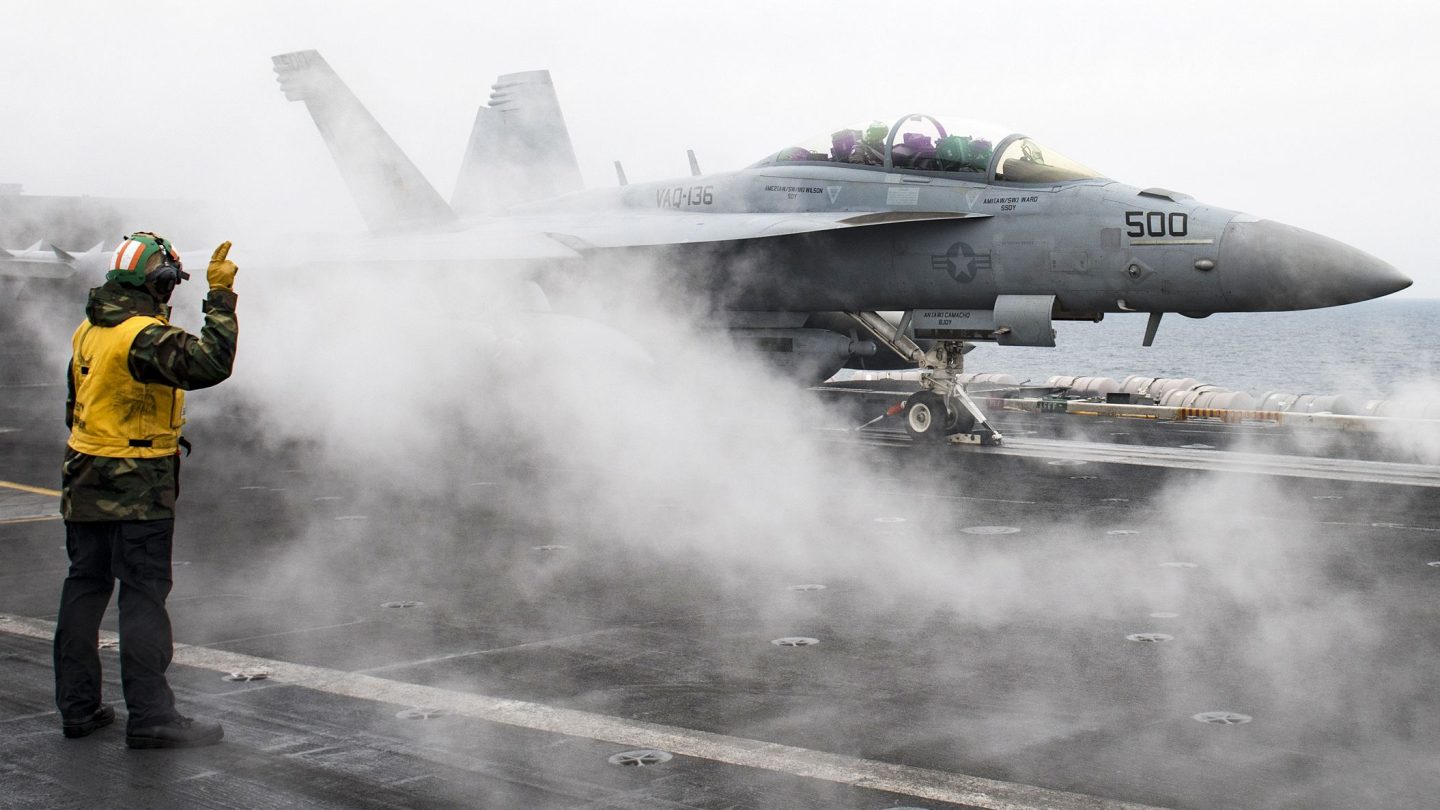 Navy pilots receive intense training and are held to an incredibly high performance standard. They’re also human, and as such, they find things like giant sky penises amusing, which is why a massive dong dominated the skies above Washington state on a sunny day back in 2017.

The crude sky art immediately drew attention from those on the ground, and images of the unmistakable sight quickly went viral across all manner of social media. At the time, the U.S. Navy said the matter was being dealt with, and official comment on the matter was essentially nonexistent. Now, Navy Times has obtained a copy of the internal investigation that took place, and the details of how the sky dong came to be are well worth exploring.

The report, which Navy Times takes the time to walk through step-by-step, is a real treat. It includes interviews with the pilots responsible for the drawing, as well as a transcript of their in-cockpit communications as they were planning and executing the stunt.

The most monumental thing to happen in omak. A penis in the sky pic.twitter.com/SM8k1tNYaj

The two Navy airmen had already wrapped up their training and apparently had some time to kill. The contrails from their jet were sticking nicely in the air, and apparently that was enough to spark their imagination.

“Draw a giant penis,” the EWO (electronic warfare officer) said. “That would be awesome.”

“What did you do on your flight?” the pilot joked. “Oh, we turned dinosaurs into sky penises.”

“You should totally try to draw a penis,” the EWO advised.

“I could definitely draw one, that would be easy,” the pilot boasted. “I could basically draw a figure eight and turn around and come back. I’m gonna go down, grab some speed and hopefully get out of the contrail layer so they’re not connected to each other.”

Now that’s some serious strategizing over what was originally intended to be a wispy image of a penis. However, mother nature had other plans, and the jet trails stuck in the air far longer than the airmen anticipated. It didn’t take long for them to realize that trouble was brewing:

“Soon after, I realized the extent of our actions,” the pilot wrote. “That the contrails were remaining longer than predicted.”

“I remarked that we needed to take steps to try to obfuscate it,” he wrote. “I flew one pass over it essentially trying to scribble it out with my contrails. That pass was ineffective.”

Word began to spread, and complaints from the public caught the attention of higher-ups who quickly addressed the situation with the pair. Both men were reportedly very apologetic and remorseful over the stunt. It’s unclear exactly what punishments were handed down, but the report makes it sound like a written warning was the extent of the blowback.