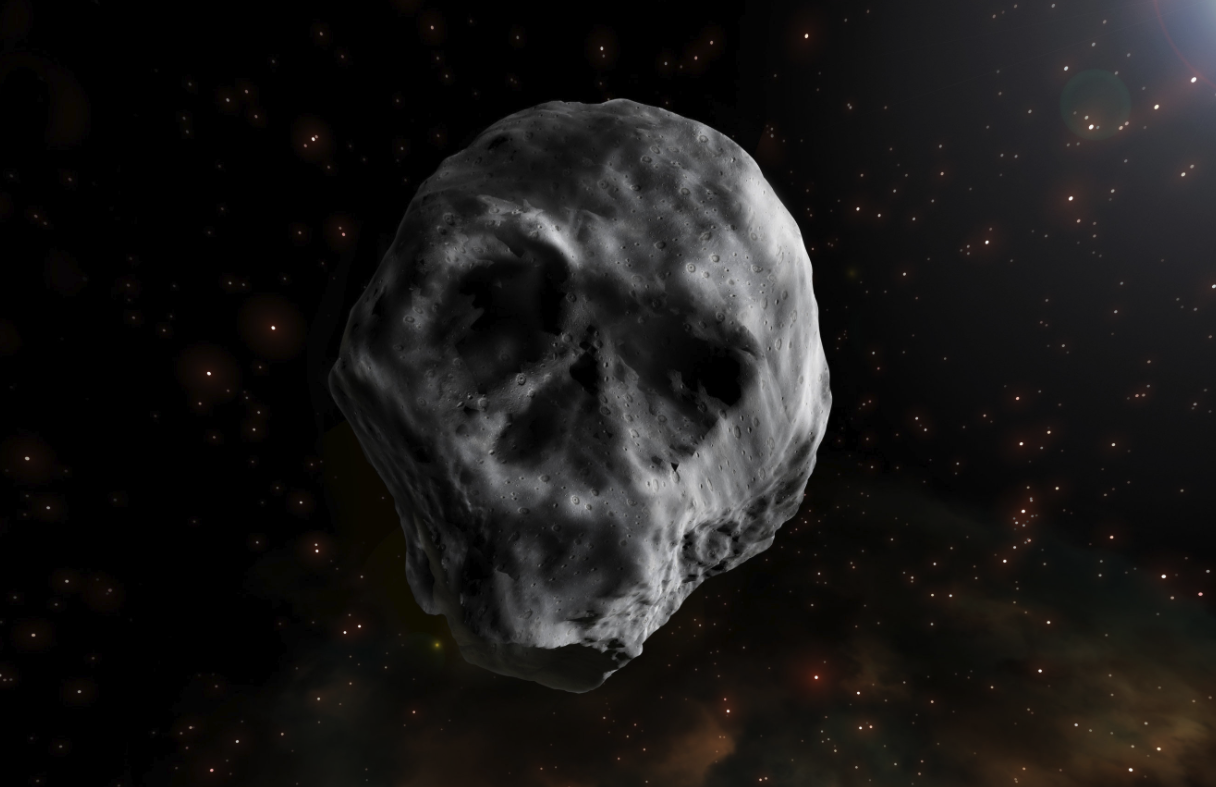 If you were planning on holding a Halloween bash on October 31st, you might want to reschedule. A very special asteroid is going to make a sorta-near-Earth appearance soon, but like a terrible guest that you’re not sure why you invited, it’s going to show up nearly two weeks late.

Asteroid 2015 TB145 was discovered back in (you guessed it) 2015, and its initial appearance near Earth was truly noteworthy. The rock, which looks a lot like a giant human skull, showed up around 300,000 miles from Earth right on Halloween. This time around it’s going to be late for the occasion, and also quite a bit farther away.

NASA’s Jet Propulsion Laboratory, which is one of a handful of organizations that keeps tabs on objects that come within notable distance of Earth, forecasts that 2015 TB145 will come within around 24 million miles of Earth this year, and it will do so on November 11th.

That’s a far cry from how close the object passed in 2015, but it’s still close enough that astronomers can use the flyby to study the asteroid in greater detail than would otherwise be possible. That’ll be important since, as LiveScience notes, the space rock will take a long hiatus from Earth flybys after this year, not appearing near our planet again until after 2080.

The asteroid, which has a somewhat peculiar oblong shape, was captured in an image by astronomers who first noted its skull-like appearance. It didn’t take long before the rock’s haunting image took on a life of its own, with some nicknaming it the “death comet,” “death asteroid,” and “Halloween asteroid” due to its fall fly-by in 2015.

It would appear that humanity is safe, and the strange rock won’t threaten mankind for the foreseeable future. Even if it did impact Earth some day down the road it’s not a particularly large asteroid, only measuring between 600 and 700 meters wide. A true “planet-killer” like the rock that wiped out the dinosaurs would need to be around 14 to 15 times that size.