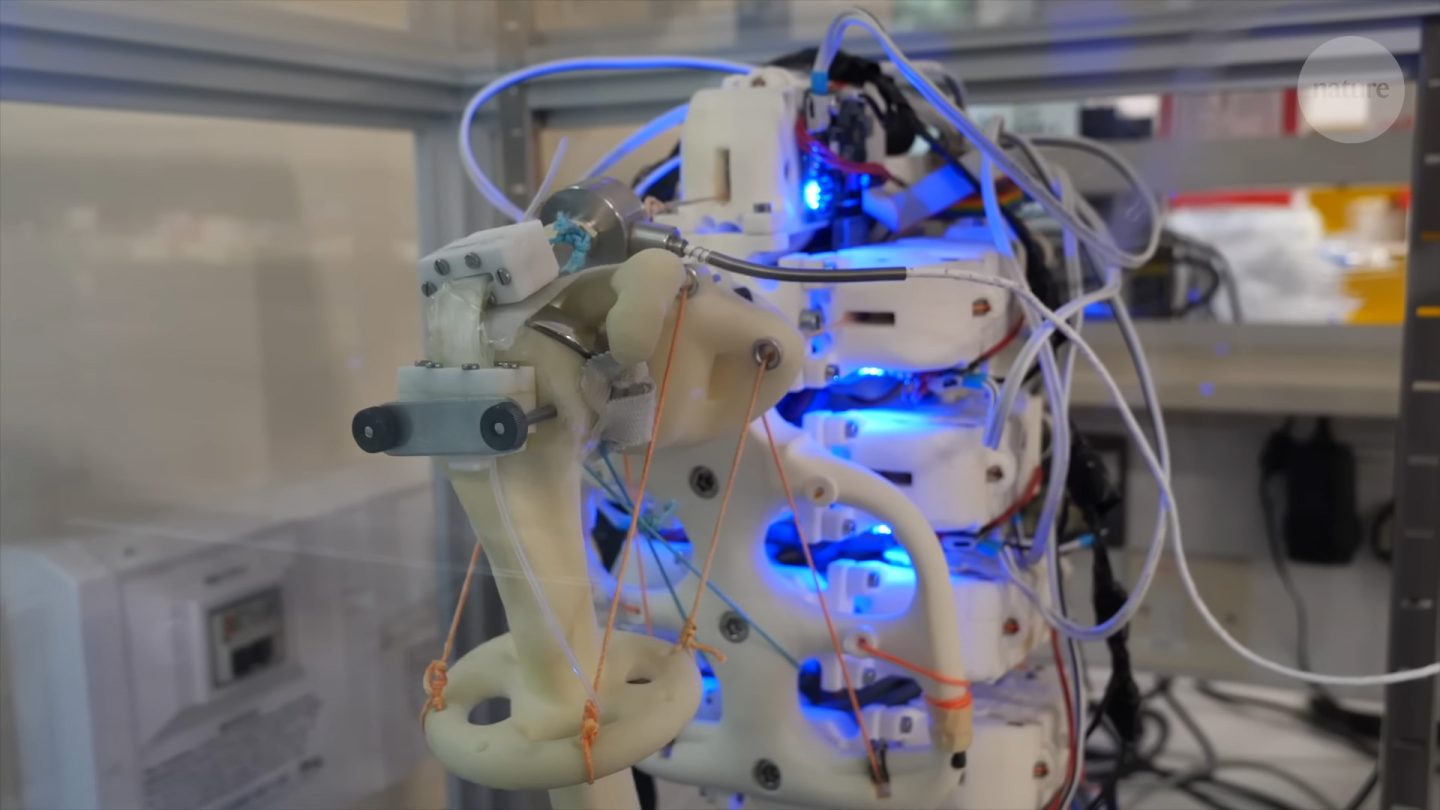 But what makes growing human cells on a moving skeleton so important? Typically, these kinds of cells are grown in very static environments, like these brain cells grown in a petri dish. As such, the cells aren’t particularly designed to flex and move like natural cells. In the past, researchers have grown cells on hinges. But those cells only flex and stretch in one direction.

By growing them on a full robotic skeleton, the cells could be designed to flex and stretch like naturally grown human cells. This could allow medical treatment in wider situations, especially if the cells are needed for areas that require flexing or stretching. Of course, this new tissue engineering concept still has a way a go before it reaches past “proof of concept.”

Still, it’s a fantastic push forward for the research and one that I can’t help but applaud. The researchers published a paper in Communications Engineering that documents their findings. They decided to go with a robotic skeleton because growing cells in an actual person can bring a slew of difficulties to the table.

Growing cells on a robotic skeleton

To test the new tissue engineering concept, the researchers built a robotic shoulder joint that could accurately approximate our own movements. From here, they made a bioreactor and fitted it into the shoulder. The reactor included strings of biodegradable filaments that stretched between two anchor points.

They then seeded the filaments with human cells and flooded a chamber built around the filaments with nutrient-rich liquid. This helped encourage growth in the cells. Over the course of two weeks, the cells grew alongside a daily workout routine. This routine included 30 minutes of the skeleton moving the cells around to help stretch and flex them.

Throughout the experiment, the researchers noted several differences and changes in the cells. Especially when compared to cells grown in a static environment. However, they aren’t quite sure whether the changes caused by the new tissue engineering concept are actually good. Instead, one of the researchers told The Verge that the changes were ambiguous for use in medical applications.

Ultimately, growing human cells on a robotic skeleton is possible. However, the researchers still need to determine if the changes caused by the skeleton are actually worth the time. Finding new tissue engineering concepts is a noble goal for sure. But, if the concept doesn’t prove worthwhile, researchers will no doubt look for other concepts to help grow human cells better.