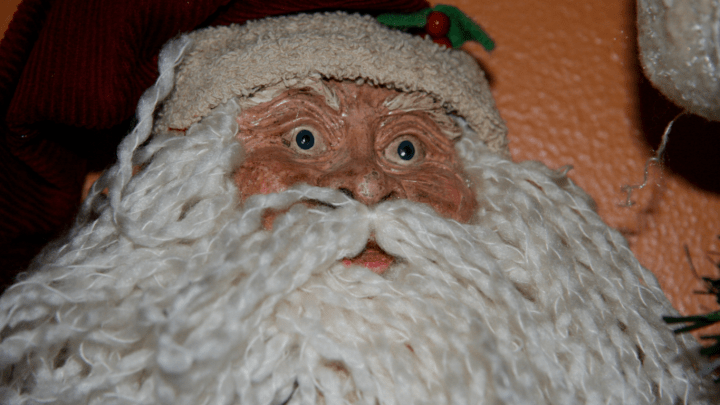 Santa season is here, and on December 25th many young children will be tearing open gifts they believe were dropped off by an incredibly efficient delivery man who swooped down their chimneys and bestowed presents upon them. Santa, as children today think of him, is of course not real (sorry), but the mythical figure is based on what some believe was a real-life saint, and now archaeologists believe they’ve got his bones.

Researchers from Oxford University have been studying human remains that, legend says, are those of St Nicholas. Hailing from the fourth century, tales of St Nicholas paint a picture of an incredibly generous (and fabulously wealthy) man who became famous for his gift-giving nature, but actual evidence that the man was real has remained elusive. Now, samples of bone have suggested that the man may have been more than a myth.

Enduring countless generations, the alleged remains of St Nicholas were held in a church in southern Italy, the Basilica di San Nicola, which was named for the man himself. But as centuries passed, other organizations began to claim they, too, had bones from St Nicholas, and even the most devoted believers have been forced to question how any of this can actually be true.

Hoping to either debunk the myths or aid in confirming their authenticity, scientists attempted to date the bones using a method that required only a tiny sample of the bone. Against all odds, the bone fragment was dated to precisely the time in which St Nicholas is thought to have died.

“Many relics that we study turn out to date to a period somewhat later than the historic attestation would suggest,” Professor Tom Higham, co-lead of the research, explains. “This bone fragment, in contrast, suggests that we could possibly be looking at remains from St Nicholas himself.”

Details regarding where all of the saint’s bones actually ended up are hazy, but the general consensus is that the majority were indeed housed at the church that bears his name. Other examples of his bones may indeed have been claimed or distributed to other churches in the region, which would explain multiple groups claiming ownership of his remains.