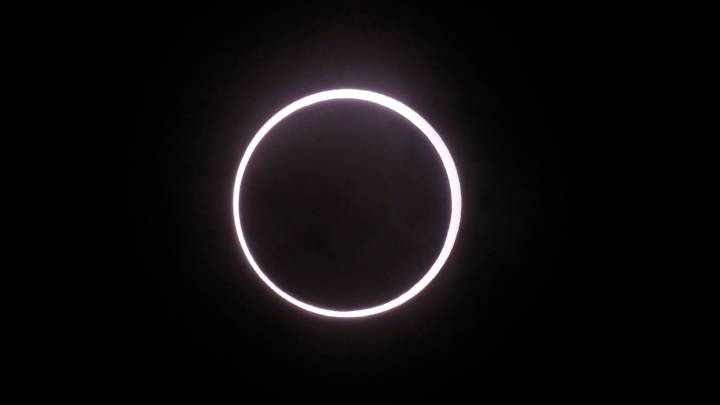 2019 has been a big year for skywatchers, with rocket launches coming at a fast and furious rate, flashy space rocks falling from the sky, and yet another interstellar visitor speeding through our solar system. Now, with the year rapidly approaching its conclusion, parts of our planet will be treated to one last piece of cosmic eye candy. On December 26th, a so-called “Ring of Fire” solar eclipse will pass across parts of Europe, Asia, and Australia. Large chunks of Singapore and the Philippines will have the best chance of catching a glimpse.

As ScienceAlert explains, the “Ring of Fire” effect is due to the current distance between the Earth and the Moon. When the Moon is at a greater distance from Earth in its orbit (as it will be during the eclipse), the Moon is smaller in the sky, allowing more of the Sun to peek around its edges. It’s called an annular eclipse, as opposed to a total eclipse, and it creates a fiery ring surrounding the Moon’s silhouette, whereas some solar eclipses look more like a warm glow.

Here’s a handy little animation that shows the path the eclipse, with the red dot being the prime viewing location and the shadowy area around it offering partial visibility:

The bummer about this is that if you’re in the Americas or most of Europe, there’s no way to enjoy the eclipse live. However, if you’re in the path of the eclipse — and you’re lucky enough to have clear skies during prime viewing time on December 26th — you can timeanddate.com and learn more about when and where to look for the eclipse.