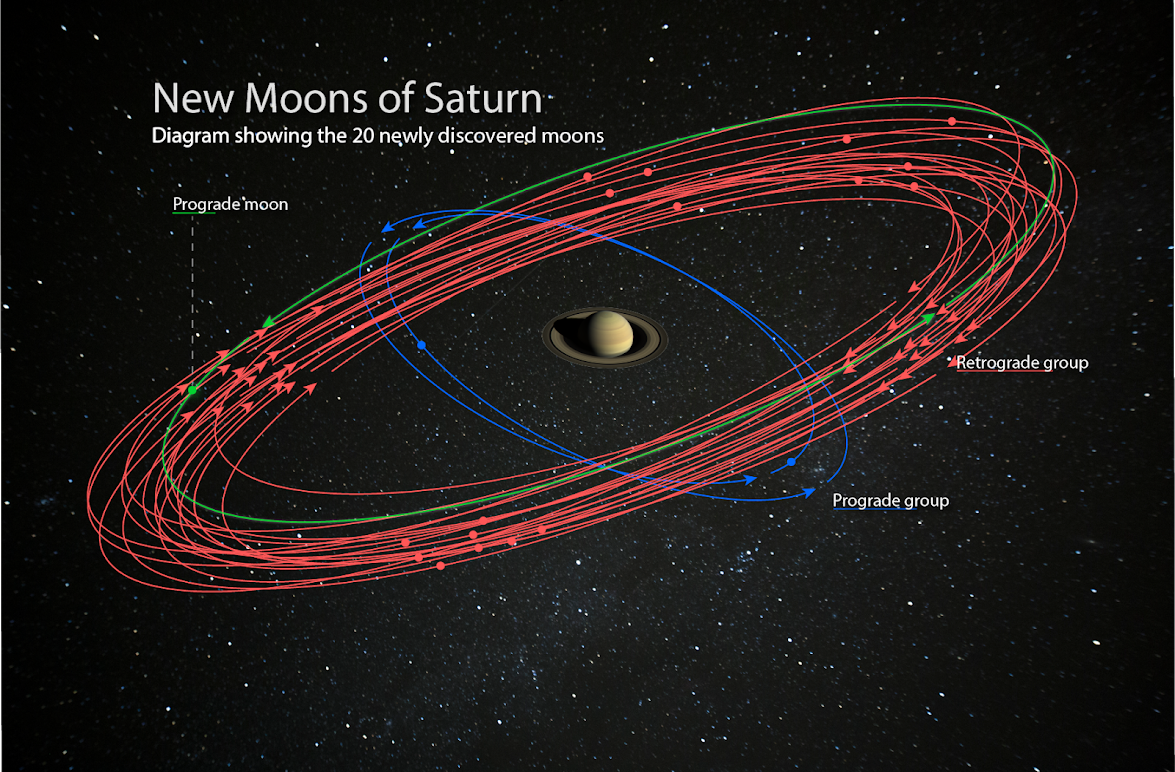 Earth’s singular moon has offered astronomers the opportunity to study the relationship between planets and the natural satellites that orbit them. In many ways, Earth’s moon is the perfect introduction to teach humanity some very basic things about how the universe works.

There’s no civilization living on the ringed gas giant Saturn, of course, but if there were, they’d have a whole lot more to see when gazing skyward thanks to the planet’s huge collection of moons. Recently believed to be just over 60 in number, a new research effort reveals that there are actually 20 additional moons we had never noticed before, bringing the total to 82.

The new moons were spotted by a team of astronomers using the Subaru telescope, which is part of the Mauna Kea Observatory on Hawaii, and the discovery was announced by the International Astronomical Union’s Minor Planet Center.

It might seem odd that a planet as closely-studied as Saturn could have 20 unknown moons orbiting it, but when you consider the size of these new objects it makes a lot more sense. The moons are tiny by Earth standards, with each pint-sized world measuring only around three miles in diameter. By contrast, Earth’s moon is over 2,158 miles wide.

One particularly interesting note about the newly-discovered moons is that 17 of them orbit Saturn “backwards.” This motion is known as a retrograde orbit, and the fact that many of them appear to be grouped up suggests that their origins are linked to collisions between larger objects in Saturn’s orbit, possibly between ancient Saturn moons or impacts between the moon and other objects, like asteroids.

In a fun bonus, the scientists behind the discovery are now asking for the public’s help in naming the new moons. All 20 moons are up for grabs, and entries should be tweeted to the @SaturnLunacy account, along with photos, artwork, and supporting information to make your case for your name suggestion.