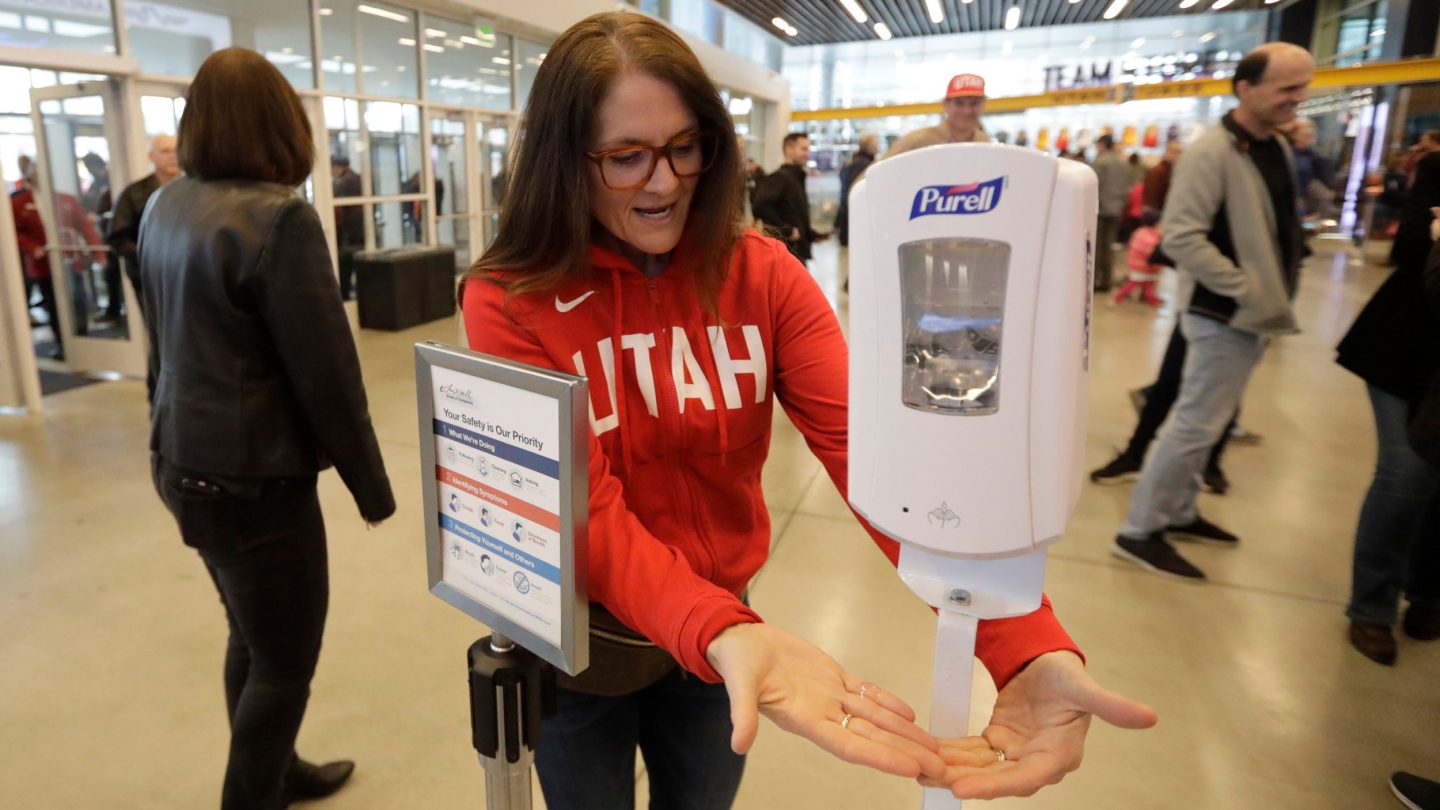 The NBA announced its current season is suspended indefinitely due to the COVID-19 pandemic. The announcement comes after a Utah Jazz player tested positive for the virus. The results came shortly before some NBA games began on Wednesday night, forcing the NBA to halt its season with no clear end in sight.

The player, Rudy Gobert, was not present at the team’s scheduled game. The league, for the time being, is in lockdown mode. No games will be played until the NBA is confident that it can resume the season without further risk to the teams and fans.

The NBA made the formal announcement in a brief press release. As expected, the league didn’t offer an estimate on when play would resume.

The NBA announced that a player on the Utah Jazz has preliminarily tested positive for COVID-19.  The test result was reported shortly prior to the tip-off of tonight’s game between the Jazz and Oklahoma City Thunder at Chesapeake Energy Arena.  At that time, tonight’s game was canceled.  The affected player was not in the arena.

The NBA is suspending game play following the conclusion of tonight’s schedule of games until further notice.  The NBA will use this hiatus to determine next steps for moving forward in regard to the coronavirus pandemic.

Rudy Gobert was also the player who “jokingly” made sure to touch the microphones and voice recorders after speaking with reporters at a press conference days before his diagnosis. In hindsight, this looks pretty bad:

Rudy Gobert thought it was funny to touch every single mic and recorder in the media room.

Now, he has Coronavirus and the entire NBA season is suspendedpic.twitter.com/A22U5AgmBi

Various sports leagues have been using a variety of tactics to tackle the threat of the viral outbreak for several weeks now, including playing games without fans present or restricting attendance dramatically to minimize the risk of transmission. When a player is affected, however, things change rapidly, and now the league has to take drastic measures to see how far the illness may have spread within is own ranks.

Many players and owners have said that they are currently more concerned with their own health and the health of their friends and family than they are about playing games during this troubling time.

While it seems like an incredible step by the NBA, this is really just the beginning of what we can expect over the coming weeks and months. Health experts are expecting this virus to spread across the United States and the world as a whole at an exponential rate, with the elderly and individuals with underlying health conditions the most at-risk of serious reactions.