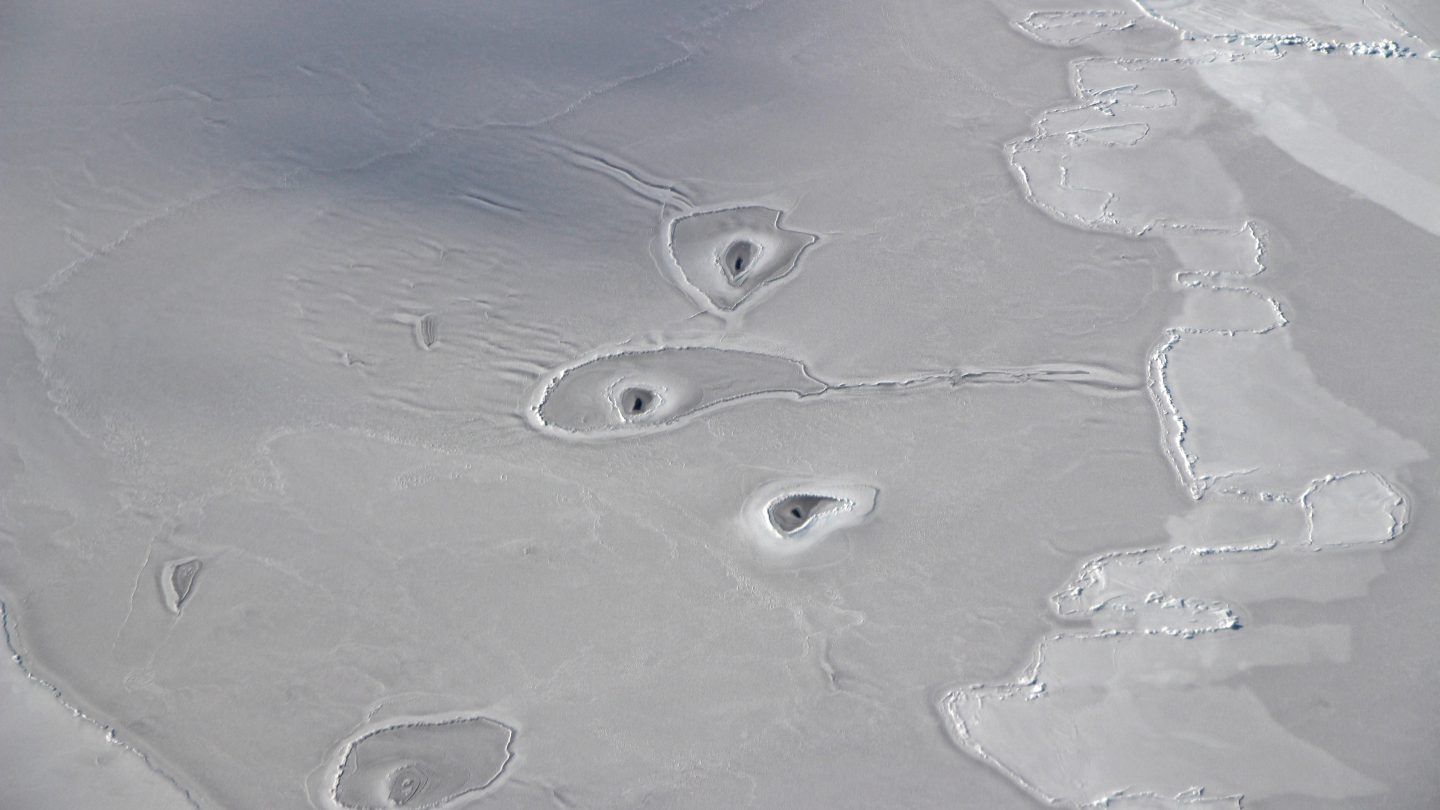 Every year, NASA takes a high-flying trip over the Arctic to monitor the ice and gather information on the area where people almost never tread. It’s been going on for a decade now, and most of the time the scientists make their observations with little fanfare. This year, however, the researchers snapped a photo of a collection of features that is causing a lot of interest as well as confusion.

Rather than the endless open expanse of ice and snow that they are used to seeing, the team observed what appears to be large holes in the icy crust, along with wavy ice patterns that have no easy scientific explanation. They don’t know what the features are or how they formed because they’ve never seen anything like it before, and now they’re doing their best to figure out why the strange patterns exist.

“We saw these sorta-circular features only for a few minutes today,” John Sonntag, a scientist with the mission, wrote of the sighting. “I don’t recall seeing this sort of thing elsewhere.”

Thus far, the researchers have been able to come up with a reasonable theory about the area that may explain some of the features they observed. They believe that the area is covered in relatively new, “young” ice, and that it is probably thin enough that it is still flexible. That would account for the wavy pattern on part of the ice, but the obvious holes are harder to explain.

“It’s definitely an area of thin ice, as you can see finger rafting near the holes and the color is gray enough to indicate little snow cover,” scientist Nathan Kurtz said following the mission. “I’m not sure what kind of dynamics could lead to the semi-circle shaped features surrounding the holes. I have never seen anything like that before.”

With no easy explanation, the researchers are considering all possibilities. One of the more interesting potential explanations is that the holes are the result of animals such as seals digging their way through the ice. No animals were observed during the mission, so if they did create the odd pattern they have since departed. Another potential source of the holes is warm springs spewing up from below, though that would be hard to confirm from the air.

For the time being, the researchers aren’t concerned about the features, and they’re content to toss around ideas until they can learn more at a later date.