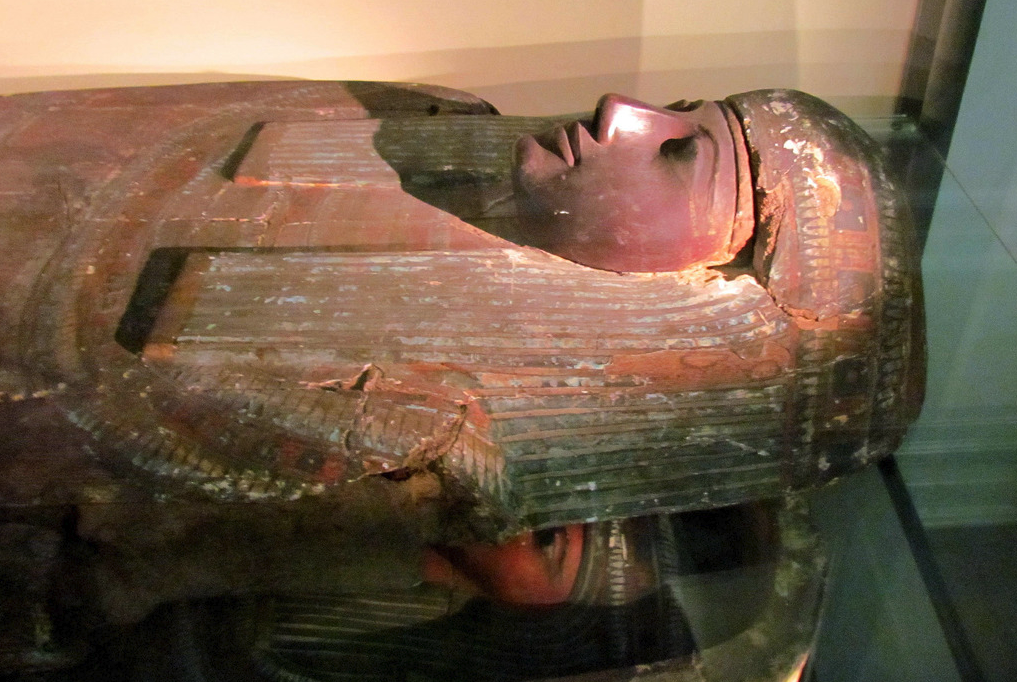 Archaeologists often have to walk a very thin line between studying historical artifacts and preserving them in as pristine of condition as possible. For researchers studying ancient Egyptian mummies, that line is often quite blurry, but a new breakthrough scanning technique is offering the ability to examine 2,000-year-old documents used in the construction of decorative mummy boxes without having to actually destroy the boxes themselves.

You’ve no doubt seen the impressive burial boxes many mummies have been found in — often decorated with a vague human likeness and featuring exaggerated features and lots of fancy designs — but you may not have realized that the boxes themselves can actually hold plenty of secrets. Many were built out of papyrus, a thick paper-like material, and much of the papyrus that was used in mummy box construction was previously used for all sorts of documents. Now, archaeologists have figured out how to read those incredibly old writings without tearing the box to shreds.

Previously, studying the writings on the brittle papyrus meant deconstructing the box, leading some researchers to question whether studying the scribbles or preserving the artifact itself was more important.

“I’m really horrified when we see these precious objects being destroyed to get to the text,” Dr Kathryn Piquette of the University College London explains. “It’s a crime. They are finite resources and we now have a technology to both preserve those beautiful objects and also look inside them to understand the way Egyptians lived through their documentary evidence – and the things they wrote down and the things that were important to them.”

The new technique involves using various different types of light to bring out underlying ink that simply can’t be seen with the naked eye. By using this special lighting technique, writing that appears invisible glows bright enough to be read, giving scientists a chance to study the text without damaging the priceless relics.

As the BBC reports, the novel lighting tools have already paid off for researchers, revealing a long-faded name written on the footplate of a mummy case being held at a museum in England. Further discoveries surely await, and now historic artifacts don’t have to suffer for them to be made.