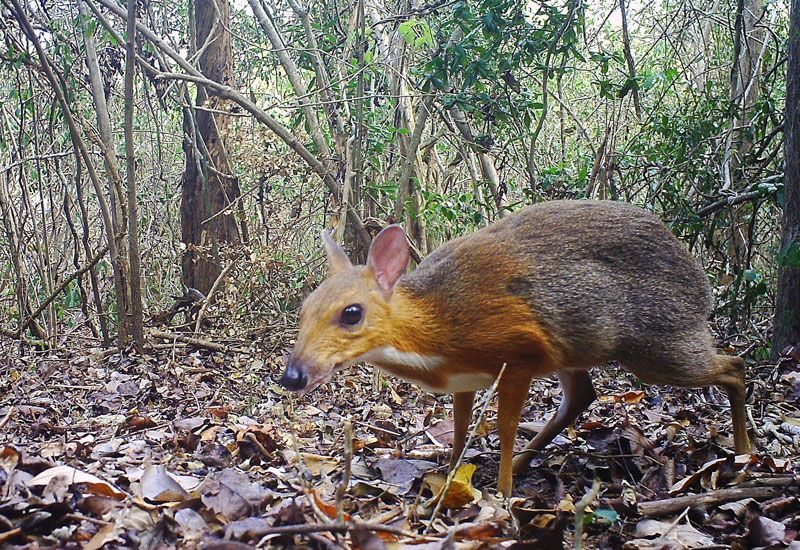 When a species of animal hasn’t been seen in decades, it’s often feared that mankind or natural environmental factors have driven it to extinction. That was the case with the Vietnam mouse-deer, also known as the silver-backed chevrotain, a creature that was once considered the smallest living hoofed animal species, but had not been seen for three full decades.

That all changed this month when researchers using motion-activated cameras in the forests of Vietnam reported the re-discovery of the species. The discovery was reported in a new researcher paper published in Nature Ecology & Evolution.

As Gizmodo reports, the research group, which included scientists from the United States and Germany, emphasized the likelihood that the mouse-deer was indeed still around despite three decades passing since its last sighting. The researchers believed that the species was still alive but that nobody had taken the time to really look for the tiny mammals in the wild.

The team took it upon themselves to set up dozens of cameras in areas where they believed the creatures may live. After six months of observation, the researchers didn’t have just one or two sightings to prove the mouse-deer was alive, but a whopping 208 confirmed snapshots. Roughly half of the cameras that were installed in the forested areas registered detections, with the vast majority of images showing just one of the creatures. Less than five percent of the sightings included two of the animals in the same frame.

Now that science has proven the animals still exist, the question becomes how to best protect them from a real extinction. The researchers hope that this rediscovery will raise awareness among the citizens of the region and make it easier to gain support for additional protective efforts to ensure the rare species can continue to exist.